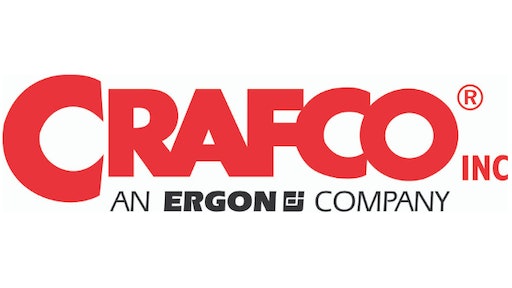 Don Brooks began his career at Crafco in 1980 as the Company’s controller. The Company, at that time had 12 employees and operated from a construction trailer and small warehouse in Phoenix, Arizona. That small company has now grown into 18 supply centers; eight manufacturing facilities in seven states, the Czech Republic and China; and independent distribution and sales offices in the U.S. and around the globe. Under Don’s leadership Crafco has grown to become the leading manufacturer and supplier of pavement preservation products, roofing specialty products and sport surfaces in North America and other parts of the world.

"Don’s strategic leadership played a key role in the shaping stages of Crafco early on," said Gary Johnson, senior vice president and general manager of Crafco. "Over 40 years later, Crafco is recognized around the world for the quality, innovation and value which impact every piece of equipment, pound of material, and service we provide."

"Don has treated Crafco as an extension of his family and under his leadership, the company has experienced exponential growth and navigated significant changes and advancements," added Johnson.

The remarkable success of Crafco is traced to the values and commitment of Don Brooks. Please join the entire Crafco and Ergon family in extending best wishes to Don and his family as they embark on a new and exciting chapter of life together.