Sweeping Industry Gets Better With Time

Improvements in equipment, safety, and comfort have helped drive the sweeping industry over the last 25 years. 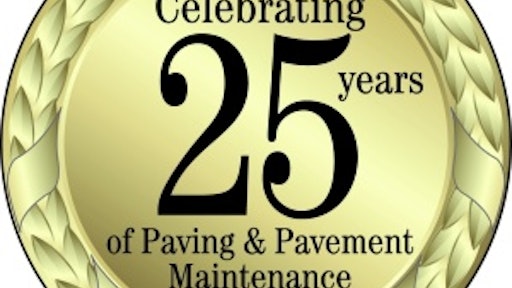 From an outsider's viewpoint, it may appear not much in the sweeping industry has changed over the last 25 years. But if you ask those involved in the industry you'll learn the industry and sweeping equipment has evolved. "In the last 25 years, sweepers have gotten more comfortable, cleaner, quieter, and much simpler to operate," says Brian Giles, product manager for Elgin Sweeper Company.

Equipment Development
One of the biggest changes in the sweeping industry is the growth in popularity of regenerative air sweepers, which happened during the mid-1980s, says Raymond Massey, Schwarze Industries director of sales & marketing. Various agencies, organizations, and rules began to set the bar for material pick up and containment, and contractors needed the right equipment to meet these standards. Regenerative air sweepers provided contractors with a wider sweeping path and an efficient way to solve environmental issues in the sweeping industry.

Another change on the equipment was the bushings. "Twenty-five years ago sweepers had bronze bushings on most of the moving parts, and if a couple of fittings got missed the bushings failed," Giles says. "Now, greaseless composite bearings can be found all over most sweepers."

Manufacturers have also improved the service life of sweepers with the use of materials such as stainless steel, adds Tom Rokas, inside sales with Tymco. Stainless steel can help sweepers have a longer life in extreme conditions and high-corrosive environments.

Along with longer service life, manufacturers have improved the length of time sweeping contractors can stay on route, Rokas says. "With a high dump sweeper, the operator can stay on route by dumping into a dump truck, trailer, or roll off container saving him trips to the landfills or dump sites away from his route," Rokas says.

Dust control has improved as well. Previously, sweeping contractors might run a flusher truck in front of the sweeper to prevent any dust, Giles says. However, while the dust was contained the wet slurry often remained on the pavement keeping much of the dirt with it as well, he adds. Today, some sweepers feature high-pressure, low-flow wet dust control systems.

In the last 10 years, dustless, waterless sweepers have been gaining popularity. These sweepers control dust without the need to use water resources.

The manufacturing process has seen vast improvements and become more efficient as well, Rokas adds. "Efficient manufacturing has reduced waste of raw materials and investment in machines for producing making it better and faster," he says.

Safety First
The sweeping industry has also made an effort to improve safety while on the job. One significant safety advancement is the addition of cameras on the sweeping trucks. "Camera's can be positioned anywhere around the sweeper," Massey says. "The old cameras used to only be available with black and white images, but now the cameras are clearer with full color images."

Backup alarms are another feature that helps improve the safety of those around the sweeper. While the camera system notifies the driver of anyone or anything around the vehicle, the backup alarm notifies people outside the sweeper that it is heading their way.

Also, some sweeping trucks feature an automatic shut down system which is activated when the sweeper reaches certain speeds.

In the Cab
Operator comfort has also become more important to sweeping businesses. "An operator who is not comfortable won't do his or her best job," Massey says. Smaller but important items like cup holders, arm rests, and AM/FM stereos are now becoming standard features in sweeper cabs. So is air conditioning. Massey says years ago it was thought that a driver who had air conditioning would not be as productive, but the industry has found that thinking out of date. Allowing a cab to be air conditioned means the driver will not have to work with his windows open and dust is less likely to travel through the closed windows and the air conditioning system, Massey adds.

Cab pressure systems have also been added to sweeper trucks as another method to keep dust out of the cab and away from the operators.

Engines
The engines of sweeping trucks have also evolved. There has been a shift from mechanical engines to electronically controlled engines. "Engines have definitely improved," Massey says. "Electronic engines are cleaner burning and more fuel efficient."

The number of engines on a sweeper has also seen a shift. In the last eight to 10 years, parking lot sweepers have focused more on single engine sweepers. Massey believes the high fuel prices and the need to cut costs and operate more efficiently led sweeping businesses toward single engine sweepers, which in nature require less fuel to operate.

Emissions regulations is one current factor that continues to drive the innovation of both engines and sweeping trucks. "We are just starting to see Tier 4 requirements and engines," Massey says. "We are not sure how the technology will be utilized and affect the sweeping industry, but there will be changes and challenges."

Giles believes this new paradigm of cleaner, more efficient sweepers should give the sweeping industry an opportunity to change the game of what sweeping is, what clean means, and what the value of cleanliness should mean to sweeping industry customers.

The Contractor
It's not just the equipment that has evolved over the last 25 years. The sweeping contractor and sweeping businesses have as well. Contractors have focused on streamlining their businesses and becoming more professional.