The views espoused by Justice Kennedy’s replacement will be disproportionately important, as his successor will likely continue to act as the swing vote with respect to decisions on which the Supreme Court is otherwise evenly divided. 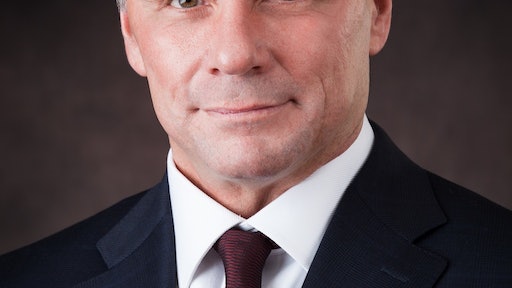 A client of mine recently asked me what impact Justice Anthony Kennedy’s retirement from, and the possible appointment of Judge Brett Kavanaugh to, the U.S. Supreme Court might have on the equipment rental industry and businesses in general.

Justice Kennedy, a Reagan-era appointee to the U.S. Supreme Court, retired as of July 31, 2018. President Donald Trump has nominated as his replacement, U.S. Court of Appeals Judge Brett Kavanaugh, from a list of possible candidates.

This could impact the legal landscape of the United States for decades to come for a variety of reasons: 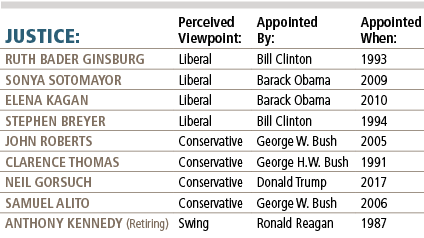 Obviously, the views espoused by Justice Kennedy’s replacement will be disproportionately important, as his successor will likely continue to act as the swing vote with respect to decisions on which the Supreme Court is otherwise evenly divided. That, however, is far from the end of the analysis.

Remembering that, although the sitting President must nominate Justice Kennedy’s successor, the Senate must confirm the President’s nominee in order for him/her to actually be appointed to the Supreme Court. The much-debated “nuclear option,” whereby the ability to effectively require 60 votes for confirmation was eliminated with respect to lower court judges in 2013, and extended to the Supreme Court in 2017, thereby reducing the effective number of votes required to confirm a Supreme Court Justice to 51.  Currently, 51 Republicans and 49 Democrats serve as U.S. Senators, but that doesn’t necessarily mean President Trump’s first choice will automatically be confirmed. As you might guess, an immense lobbying effort is already underway seeking to influence the Senators’ votes to confirm or reject President Trump’s nominee(s). That, coupled with each Senator’s individual leanings, means they don’t always vote strictly along party lines. For example, Trump nominee, Neil Gorsuch was confirmed by a vote of 54 to 45, with three Democrats (Heidi Heitkamp of ND, Joe Manchin of WV, and Joe Donnelly of IN) voting in favor of his appointment. Breaking with the party line isn’t altogether common in the current polarized political environment, but it does happen periodically. Thus, although Judge Kavanaugh’s appointment to the Supreme Court is more likely than not to be confirmed, it is not guaranteed.

The Supreme Court typically considers between 100 and 150 cases each year out of roughly 7,000 requests. Those cases, of course, can have far-reaching effects on a range of economic and social issues. It can, therefore, be difficult to predict which decisions will be most impactful for business. Nonetheless, following are several cases that, in my view, are more likely than most to have a substantial impact on rental operators and/or on business operators generally. (Note: These are merely summaries which have been intentionally shortened in an effort to make them useful to the reader.): 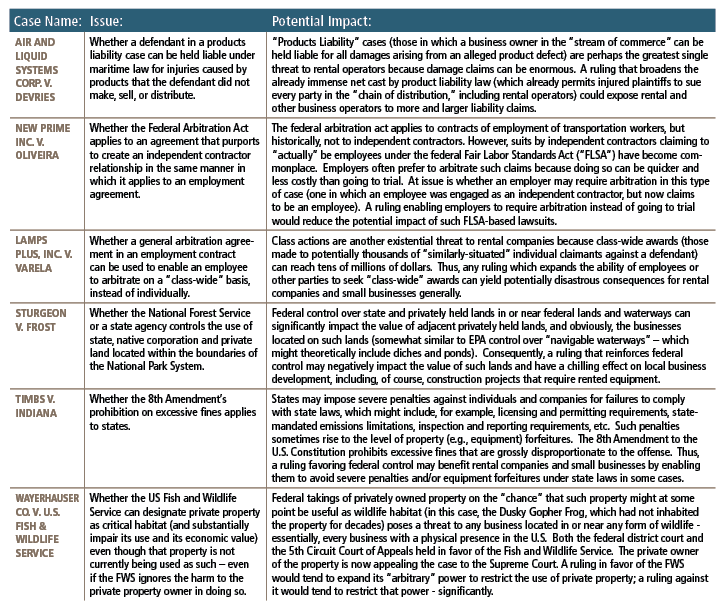 Obviously, decisions made by the Supreme Court can impact businesses in a variety of ways, both directly and indirectly. Thus, the makeup of the Court can have a dramatic impact on the U.S. business climate for many years - think of the High Court’s rulings on monopolies (Standard Oil; 1915) and Franklin Roosevelt’s New Deal in the 1930s, and its recent reinterpretation of the Fair Labor Standards Act (broadening overtime exemptions), among others. A swing vote on the above issues could well alter the balance between business interests and, for example, environmental groups, employees, consumers, and (horrifyingly) class-action plaintiffs’ lawyers.

But in spite of the current spate of hand-wringing amongst special interest groups, here are a few things to consider:

In the current situation, if President Trump is successful in appointing a conservative to the Court, the balance would be five conservatives to four liberals, at least for the near term – barring a jump from one side to the other, as we saw with Republican Dwight Eisenhower’s appointee, William Brennan in 1957, when he switched from conservative to liberal shortly after his appointment. Rumblings that Justice Roberts might do something similar, or perhaps become a “swing” vote himself, have not been lost on the legal community.

And how long might the “near term” last for this Supreme Court? No one knows for certain, but conservative Clarence Thomas, who was appointed in 1991, is now 70 years old. If, for example, he were to retire, or we were to see a Justice pass away as we did, sadly, with Antonin Scalia in 2016, during the next presidential term – which may see the election of a Democrat, the balance of the Supreme Court could immediately shift to five liberals/fourconservatives, assuming 85-year-old Ruth Bader Ginsburg doesn’t retire first.

Also, remember that although popularly portrayed as a “swing” vote, Anthony Kennedy was, himself, a conservative appointee of the Reagan administration. And as the Court’s rulings during the 2017-2018 session suggest (including upholding the most recent travel ban, overturning mandatory non-member public union funding, and overturning two state laws aimed at limiting religious expression), had he not retired, he likely would have continued to at least lean to the right. Consequently, it would take an extraordinarily conservative, almost “alt-right,” appointee to truly shift the balance of the Supreme Court significantly from what it was immediately prior to Justice Kennedy’s retirement. Given the political pressure being exerted by the general public, the left and the center-right, that would appear an uphill battle at best.

Ultimately, it might be the very “balancing” mentioned above that has been the greatest benefit of the seemingly fraught Supreme Court selection process. If it has generated fierce battles over appointments, it has also undoubtedly had a moderating effect on both sides of the political aisle. Though each, when in power, might feel tempted to push ideological limits (think of the multitude of efforts to do everything from limiting voting rights – which could at one time be exercised only by male real estate owners, to criminalizing political speech), each is forced to constrain its impulse to overreach, in part because doing so could compel a current or future Supreme Court to reject not only its present attempt to do so, but possibly also much of its prior work leading up to that effort. The value of that balancing effect has almost certainly not been lost on the Justices themselves – each of whom makes his/her own decisions about things like when or when not to retire (and during whose administration), undoubtedly factoring into that decision such considerations as “What is best for my country?”

In the final analysis, Supreme Court appointments are immensely important to the United States, the businesses that operate within its borders and the millions of people those businesses employ. But, as they have since 1791, a great many more factors than mere politics bear on those appointments, not to mention the decisions ultimately rendered by the Court. Fortunately for us, that Court was created first and foremost to uphold the Constitution, and upon appointment, each Supreme Court Justice takes an oath to faithfully and impartially discharge and perform the duties incumbent upon him/her under that great document. I would venture to guess they will continue to do so, regardless of politics – theirs or others’.

Part 2: The Ultimate Guide to Rental Marketing (How to Rank on Google for Free)

Skyjack Talks WERISE Campaign and Growth After a Pandemic

In the challenge that has been 2020, some companies in the rental industry have strived to promote kindness and compassion towards others.
Alexis Brumm
November 28, 2020