The company received several prestigious industry awards including being named one of the 2021 World’s Most Ethical Companies and one of Fortune's World’s Most Admired Companies. 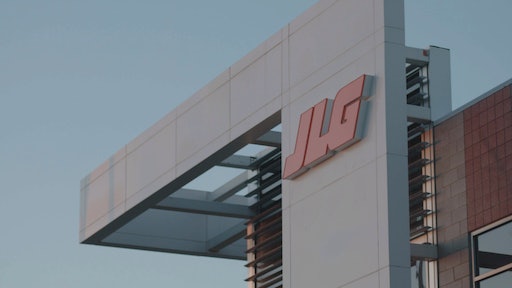 Oshkosh Corporation, the parent company of MEWP and telehandler manufacturer, JLG Industries, has received several prestigious industry awards including being named one of the 2021 World’s Most Ethical Companies and one of Fortune's World’s Most Admired Companies.

For the sixth year in a row and only one of eight honorees in the "Industrial Manufacturing" industry, Oshkosh Corporation was awarded the 2021 World’s Most Ethical Companies honors by Ethisphere Institute, a leader in defining and advancing the standards of ethical business practices.

Oshkosh was also named one of Fortune's World's Most Admired Companies, ranked by industry peers and one of more than 330 companies to earn the designation. This is the third time they've won the award, receiving third in the "Construction and Farm Machinery" category.

“We are thrilled to be included among this prestigious list of global employers,” said Emma McTague, Oshkosh Corporation senior vice president and chief human resources officer. “At Oshkosh Corporation, we are guided by our core values, our ‘People First’ culture and our commitment to deliver innovative solutions and products that make a difference around the world.”

Information provided by JLG Industries and edited by Alexis Brumm.