Used Equipment Values Up More Than 5% from Prior Peak 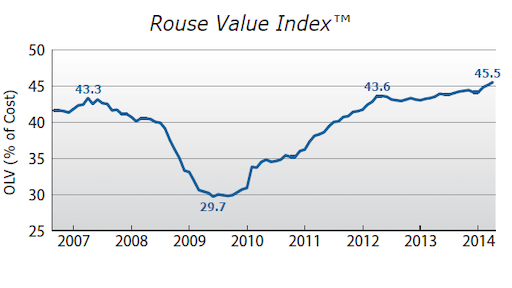 Also in the May report, Rouse states that April auction sales of rental and construction equipment averaged 3.5% higher than Rouse March Forced Liquidation Values (FLV). Rouse recorded 1,892 units that sold at 25 separate sales conducted across North America. The units represented a combined FLV (as of March 31) of $48.9 million and generated $50.6 million of gross auction proceeds.