Order intake in Q3 highlighted an acceleration in North America and a slowdown in Europe. The pockets of growth are mainly concentrated in the UK and the USA which alone represent almost a third of group sales. 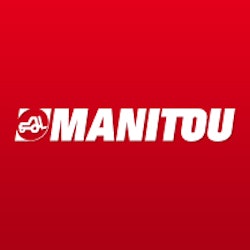 Michel Denis, President & CEO stated: "Good performance in the third quarter now permits us to confirm our expected growth in 2014 sales of 5%.

Order intake in Q3 highlighted an acceleration in North America and a slowdown in Europe. The economic environment remains contrasted with little visibility. The agricultural sector is declining as is business throughout the regions impacted by economic or political crises, such as Russia and Latin America. The pockets of growth are mainly concentrated in the UK and the USA which alone represent almost a third of group sales.

From an operational perspective, the improvement reported in the first half continued with a good production flow and efficiency and a strengthened level of inventory to confront the traditional seasonality of our business and best meet the requirements of rental companies towards the end of the year."

> With sales of €182.2m, the Material Handling and Access Division (MHA) reported a decrease of 1% compared to Q3 2013. In the construction sector, business growth continued to benefit from demand within the rental market. In the agricultural sector, the decrease in order intake in the first half-year period resulted in a slight decrease in sales.

> The new Compact Equipment Division (CEP - Compact Equipment Products) reported an increase of 31% in sales compared to Q3 2013, at €62.1m. The business remained very strong in the US with a genuine rebound in order intake in the fourth quarter which permits us to foresee significant activity in the upcoming quarter.

> The Services and Solutions Division (S&S) reported an increase of 2% in its sales compared to Q3 2013, at €51.2m. Initiatives were undertaken related to the organization of this division and the revitalization of our marketing approach.

For more about Manitou's Q3 results...