At its recent annual meeting, the Kohler Co. board of directors elected Chairman and CEO Herbert V. Kohler, Jr. to the new role of executive chairman effective June 1. 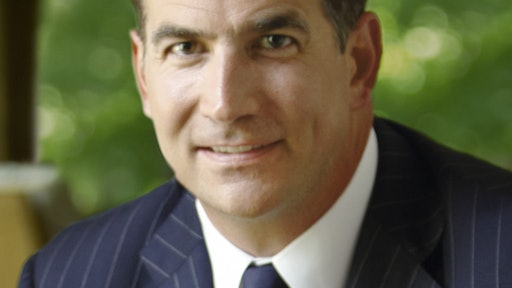 At its recent annual meeting, the Kohler Co. board of directors elected Chairman and CEO Herbert V. Kohler, Jr. to the new role of executive chairman effective June 1. Kohler will continue to chair the Board, lead its Executive Committee, oversee shareholder communications, manage corporate mergers and acquisitions and the Hospitality & Real Estate Group.

Kohler Co. has a comprehensive succession plan for all middle and upper management positions. This change is part of an orderly transition to ensure the company is able to adhere to its mission of creating a higher level of gracious living and guiding principles of living on the leading edge of design and technology while maintaining a single level of quality. Kohler said, “I am confident that after 24 years with the company and seven years as president and COO, David is prepared to take on the chief executive role and to grow Kohler Co.”

David Kohler brings to the role an extensive business and management experience, including progressive leadership positions at Kohler Co. and experience with other companies. Under his leadership, the company will remain focused on innovation and technology and build its internal talent pool to ensure continued business success. He will advance the company’s three-plank sustainability platform: reducing its environmental footprint, developing more plumbing product options that enable consumers to conserve water in their homes, and supporting important environmental awareness and education causes. “Business success doesn’t matter much if we can’t say we left the world a better place than we found it.”

In his new role as executive chairman, Kohler looks forward to ensuring leadership continuity. “We are fortunate to have a solid foundation in place.” He added he draws upon his passion for exploration. “Our job is to explore and to discover, and each day try to break new ground.”

Kohler has served as chief executive officer since 1972, after working as a laborer or technician in every division of the company as a teen; beginning full-time in 1965, after graduating from Yale with a bachelor’s degree in industrial administration. During his 43-year span as CEO, he built the company into a global organization focused on products and services leading to a better way of living.

Today, the company employs 32,000 associates, has a brick-and-mortar presence on six continents, and is approaching $6 billion in annual revenue from $133 million in 1971. The privately held company has completed 48 acquisitions since 1982. Over the last 40 years, it has attained an average annual compound growth rate in book value of 10.2% compared to 7.7% for the S&P 500. The KOHLER brand has cemented itself as the clear-cut U.S. and Chinese leader in kitchen and bath. The Power Group has doubled in size. The Interiors Group was formed in 1986 to complement the company’s other living environment brands in the luxury space.

He developed  a workers’ dormitory into a five-star, five-diamond resort hotel which in turn led to the formation of the company’s fourth business Group – Hospitality & Real Estate – comprised of two of the world’s highest rated golf resort destinations in Kohler, Wisconsin, and St Andrews, Scotland. The Kohler courses have hosted five Major golf championships to date, plus the PGA Championship at Whistling Straits in August this year and the Ryder Cup in 2020.  Kohler’s Old Course Hotel will also host The Open at St Andrews in July this year.

Kohler has shaped the company’s global KOHLER Stewardship initiative, which focuses on serving communities where company associates live and work, as well as the company’s commitment to environmental sustainability. He conceived of and built the Kohler Environmental Center in Connecticut, a leader in secondary education.  He also created the Kohler Trust for the Arts & Education and the Kohler Trust for Preservation.

His achievements have earned him numerous accolades. The National Kitchen and Bath Hall of Fame inducted him in its founding year of 1989, followed by the National Housing Hall of Fame in 1993. Ernst & Young named him National Entrepreneur of the Year in Manufacturing in 2002, and Junior Achievement inducted him into its U.S. Business Hall of Fame in April 2006. Other honors include the Morgan Horse Hall of Fame in 1995, the Ellis Island Medal of Honor for “exemplifying American ideals and preserving an Austrian heritage” in 1997, and Breeder of the Year by the United States Equestrian Federation in 2005. He has received honorary doctorates from Lakeland College and Lawrence University.

Kohler holds more than 200 design and utility patents for plumbing products. A graduate of Yale, he is Trustee Emeritus at Lawrence University as well as retired chairman and a life trustee of his prep school alma mater Choate Rosemary Hall. He previously served as a long time director of the National Association of Manufacturers and a trustee of Outward Bound USA.

David Kohler started at Kohler Co. by working in every manufacturing division on the front lines during and after graduating from Duke University. He left Kohler to earn his MBA from the J. L. Kellogg Graduate School of Management at Northwestern University. After Kellogg, Kohler worked at Dayton Hudson Corporation and rejoined Kohler as Director – Fixtures Marketing in 1993. Since then, he has served in progressive roles including vice president sales, sector president – K&B Americas, Group President – K&B Group, executive vice president, and, since 2009, president and COO of Kohler Co.

Kohler currently serves on the Board of Directors of Interface Inc., Atlanta, Ga.;  Interceramic, Chihuahua, Mexico; and the Green Bay Packers. He is a past chairman of the National Kitchen and Bath Association’s Board of Governors of Manufacturing, and a former member of the Board of Directors of Menasha Corporation. Kohler also serves as general chairman for the 2015 PGA Championship at Whistling Straits, Aug. 10-16.