Five industry veterans will become the newest inductees into the Rental Hall of Fame. 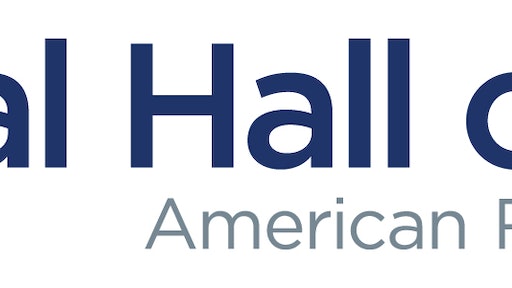 Each year, the American Rental Association (ARA) honors individuals who have made a significant impact on the equipment and event rental industry at the national or international level. This year’s inductees into the Rental Hall of Fame, the industry’s highest honor, will be recognized at The ARA Show™ 2021 in Las Vegas.

ARA created the Rental Hall of Fame in 2000 to foster an appreciation of the historical development of the equipment and event rental industry and the leaders who helped the industry grow and expand. Each year, nominations are accepted to recognize individuals who have made a substantial contribution to the industry. The five inductees this year include: Don Ahern, Michael Kneeland, Edward Latek, Timothy Maloney Sr., CERP, and John ‘Jack’ Shea. Here is more information on the newest inductees:

Ahern Rentals was founded in 1953 by Don’s father and was originally located where the STRAT Hotel, Casino & SkyPod (formerly the Stratosphere) now stands on the Las Vegas Strip. Don began working for his father at Ahern Renter’s Center in the 1970s. Venturing out on his own in 1978 with a fleet of three scissor lifts, Don relocated and founded Los Arcos Equipment, which expanded across southern Nevada and southern California by 1983. In 1990, Don purchased the business from his father and combined both businesses into one – Ahern Rentals – in 1997. The rental business joined ARA in 1978 and has retained membership ever since.

During the deep recession between 2007 and 2009, Don found a way to achieve growth for his business. As much of the construction in Las Vegas came to a halt, Don redeployed his fleet out of the city and into new markets, which led to the expansion of 30 branch locations in 30 months. With the growth came some challenges. In late 2011, Don voluntarily filed for Chapter 11 bankruptcy in order to reorganize debt. New markets in the southern and eastern parts of the U.S. where fleet utilization was higher generated revenue that enabled him to repay all creditors and exit Chapter 11 by mid-2013.

Don also applied his rental business knowledge into manufacturing. Inspired to produce his own reliable telehandler, he purchased Western Attachment Co. in 1999, specializing in rough terrain vertical mast forklifts. To design all-new telehandlers to his specifications, Don founded Fresno Engineering Group in 2001. Less than two years later, the company would be renamed to Xtreme Manufacturing. Today, as the owner of Xtreme Manufacturing, Don also holds a majority stake in Snorkel.

Through the years, Ahern Rentals has remained a privately owned company. From the start, Don Ahern has personally invested in his company, successfully growing a small fleet into a leading rental company in the U.S.

Michael became CEO of United Rentals in 2008, but his career in rental started long before. His first experience in the industry was in sales for Free State Industries, an aerial equipment company – before this piece of equipment was popular and scaffolding prevailed in the construction world. Michael’s perseverance led him to become the president of Free State, eventually negotiating its sale to Equipment Supply Company in 1996. In 1998, United Rentals acquired Equipment Supply Company, and Michael assumed a senior management role and later became the third CEO in the history of United Rentals.

One of Michael’s persistent messages as a rental executive was “being the biggest doesn’t matter unless you’re also the best,” reflecting his take on customer service, ingenuity, creativity, and imagination. Early on, he authorized the creation of an Advanced Solutions group that worked with construction and industrial managers in the early-adoption phase, performing drone inspections in elevator shafts and other hard-to-reach places. This helped lay the foundation for the upsurge in interest that followed. In 2011, Michael was part of establishing ARA Rental Market Metrics, which gave rental companies a consistent way to calculate performance for the first time.

His dedication to his employees and customers was always at the forefront. In 2010, United Rentals implemented digital customer scorecards to track branch, district, and company-wide performance in key areas. Michael is also an advocate of helping military veterans transition into civilian jobs. His efforts also include supporting diversity and inclusion initiatives for the company having developed three multicultural employee resources groups: Women United, Veterans United, and Together United. On three separate occasions, United Rentals awarded shares of company stock to almost all employees – most recently awarding approximately 18,000 frontline employees who are providing essential services during the pandemic.

Michael retired from his role as CEO in 2019, but his passion for the industry remains strong. He continues to serve as chair of the board of United Rentals, chair of Maxim Crane, and serves on other company boards.

Upon graduating from college in 1963, Ed joined his family's tool rental business in the south suburbs of Chicago, using it as a base from which he built Latek Rental Co. into a major multi-location construction equipment rental business. He took his knowledge and experience in rental to begin the development of Reli Financial Corp., a rental-specific commercial finance company in the early 1970s. After experiencing accelerated growth, Reli underwent consolidation during the mid-1980s and Ed sold the company to a life insurance company in 1986.

Ed continued to realize the need for financial services in the industry and following his retirement from Reli, he embarked on another mission in the early 1990s and founded Latek Capital Corporation. The company’s goal was to provide professional mergers and acquisitions, divestitures, advisory and valuation services to small and mid-size equipment rental and rental-related firms.

Since its founding, Latek Capital has established a demonstrated record of successfully assisting the rental industry through its first major ownership transition and the development of equity capital. Leveraging its 45 years of rental experience, the firm is well positioned to confidentially bring together well-organized, profitable, growing rental organizations with private equity groups, corporate entities, and high net worth families and individuals seeking to invest in the ever-expanding industry.

Throughout his career, Ed was an active ARA member, serving as president of ARA of Illinois, Region Five Director on the national board, and chair of the Education Committee – among other positions. He built his rental network and his passion for the industry as he established a national profile.

Tim’s career in rental began in 1977 when he joined his father who had owned a Taylor Rental franchise since 1972. In 1979, the business was one of the first to computerize their operations when they purchased a system from a company that is now known as Alert Management Systems, formerly IMS. That same year, the company became an ARA member. In 1985, Tim and his father purchased the rental inventory of Canton Chair & Table Co. and started a separate party rental store called Canton Chair Rental, which Tim managed.

Since joining ARA, Tim has been an active volunteer member having served at the local, state, and national level. His service started on the Northeast Ohio Rental Association board to help rental operators across the state of Ohio. He then went on and played a critical role in founding ARA of Ohio, and in 1993, Tim began to serve ARA at the national level.

His volunteer service is extensive having served on numerous committees, task forces, and boards. In 2002, Tim was elected to a three-year term on the ARA board as Region Five Director. Following his term, he was named chair of the Party Certification Task Force in 2008 where he helped update disciplines under the Certified Event Rental Professional (CERP) program. Tim was the recipient of the 1994 Region Five Person of the Year award, a two-time recipient of the Meritorious Service award (1996 and 1998), and in 2017, he received the Distinguished Service award.

His volunteer efforts have always been in pursuit of finding ways to elevate the professionalism and safety of the industry and to educate legislators on the particular needs of those who make a living in this dynamic industry.

With a career in the rental industry spanning nearly 45 years, Jack helped transform the industry through computerization. Prior to founding Solutions by Computer (SBC) in 1982, Jack was responsible for the operations of the company-owned stores of Taylor Rental. In this role, he pioneered the use of computerization in managing a rental store and its assets, bringing technology to these stores as well as 625 franchised Taylor Rental Centers. This work served as the first step in the evolution of SBC.

Early on, Jack was met with skepticism and resistance from rental operators, but he did not let that deter his vision of bringing affordable technology to rental businesses of all sizes. He fostered early adopters of his systems and then engaged them to help steer future software development efforts. Jack was one of the first people in the rental industry to talk about the importance of realizing returns above the cost of capital and documenting the financial performance of rental assets.

As an executive at Taylor Rental, Jack developed software for franchisees called Taylor Owners Program of Information and Control (TOPIC), which provided analytics to improve decision-making in their businesses. His next development was SBC’s Counter Pro software, which could be used to write and process transactions, and it also used information to proactively prevent problems from occurring.

Jack was awarded the ARA Special Service Award in 1988 to recognize his industry service and the knowledge he shared with former employees who over the years have also become technology leaders.