Harvard study finds that these previously undocumented benefits are in addition to $7.5B in energy savings, for a combined $13B in total benefits 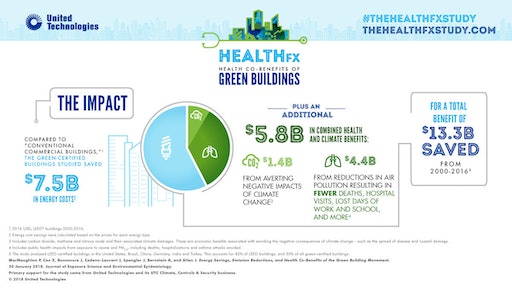 Did you know buildings can deliver billions of dollars' worth of public health benefits, including fewer hospitalizations and reduced climate impacts? A new study says that's the case – if they're energy efficient buildings.

Experts at Harvard University examined a subset of green-certified buildings over a 16-year period in six countries: the

In some countries, health and climate benefits far exceeded – in dollar amounts – energy savings. Globally, the studied green-certified projects saved billions of dollars in energy costs, 33,000 kilotons of CO2 were avoided, equivalent to 7.1 million fewer passenger cars on the road for one year.