Virginia Gov. Ralph Northam has signed a bill that will encourage renewable energy development, streamline the regulatory process and pave the way for the state to boost its installed wind and solar capacity to 5.5 gigawatts. 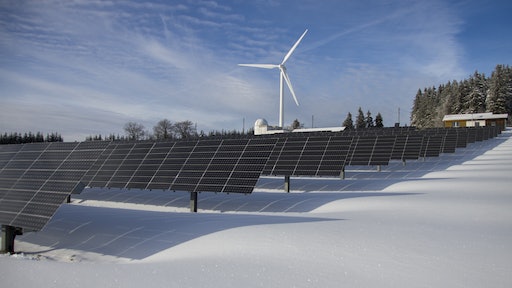 Recently passed legislation in Virginia shifts the renewable energy landscape by finding 5.5 GW of solar and wind energy are in the public interest and expediting the state's renewable energy project regulatory approval process.

"The Virginia legislation is a really good start that sets out a trajectory for where solar should go in the state," Maggie Clark, southeast state affairs manager at trade group Solar Energy Industries Association, says.

Acknowledging that you do not always get everything you want in negotiations, Clark said the solar industry is "relatively pleased" with the result.

The law also ends a utility rate freeze that has been in effect since 2015. The CPP plan is a measure introduced by the Obama administration designed to reduced power plant emissions. It faced legal uncertainty and the Trump administration is taking steps to reduce its scope. Dominion and AES subsidiary Appalachian Power are Virginia's two largest utilities.

"One of the reasons we felt this legislation necessary was due to the rate freeze in place that resulted from expected cost increases associated with the Clean Power Plan," Dominion spokesman Rayhan Daudani says. "We now feel the risk and uncertainty associated with it [the CPP] has been mitigated, making it appropriate to move forward on this legislation," he added.

The bill was the result of a broad stakeholder process that included the utilities, environmental groups and other interested parties. The idea was to facilitate a consensus-driven approach to policy in which all parties had to sign off.