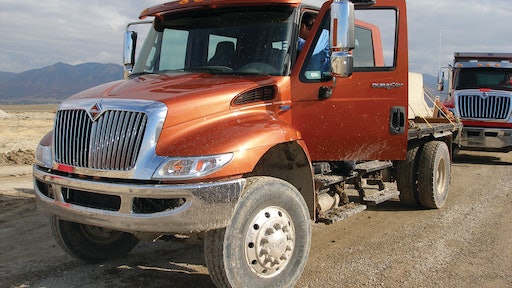 For 2013, International's Durastar models will be available with an Allison 1350 transmission that extends the Durastar's gross combined vehicle weight rating to 30,000 lbs. While Navistar is transitioning its Advanced EGR engines to comply with U.S. EPA diesel exhaust regulations by adding Cummins SCR aftertreatment, the Maxxforce DT is not scheduled to need a DEF tank until 2014 and the Maxxforce 7 will not until 2015.