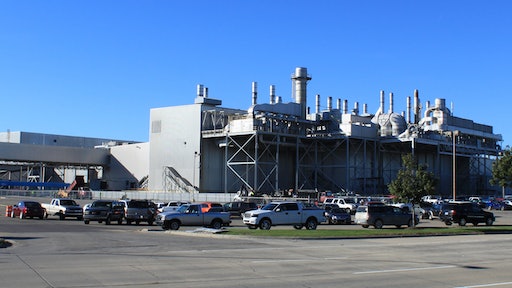 Ford Motor Co. will invest $1.2 billion in three Michigan facilities to prepare for production of the all-new Ford Ranger and Bronco, and to support the company’s expansion into mobility.

The company said Tuesday it will invest $850 million to retool its Michigan Assembly Plant in Wayne for truck and SUV production; $150 million in its Romeo Engine Plant to expand capacity for several vehicles; and $200 million to build a data center at the company’s Flat Rock Assembly Plant. Ford announced in January the Flat Rock facility also would see a $700 million investment and 700 new jobs to support the production of electrified and autonomous vehicles.

Customers of IMT need reliable, quality equipment made for the toughest of tasks. Whether using our cranes, service trucks, or air compressors, you can trust they’re up to the job.
Jul 1st, 2021
Latest

Pickup will be formally introduced to the public on June 8.
Curt Bennink
Jun 3rd, 2021

The Multi-Flex Tailgate will be offered as an option on all 2022 Silverado HD models, in addition to the Power Up/Down Tailgate option on LT, LTZ and High Country.
General Motors Company
May 25th, 2021

Customers of IMT need reliable, quality equipment made for the toughest of tasks. Whether using our cranes, service trucks, or air compressors, you can trust they’re up to the job.
Jul 1st, 2021

On the job site and on the road, an electric truck faster than the Raptor with standard 4WD, hauling capacity and range competitive with internal combustion, energy to run power tools and unique digital smarts starts to look like a game changer
Ford Motor Company
May 19th, 2021

Onboard Scales and Smart Hitch take the guesswork out of bed and trailer loading.
Curt Bennink
Apr 28th, 2021

A career in truck driving is becoming a more viable option as unemployment rates reach an all time high, but how much should you be paid? The answer varies.
Mackenna Moralez
Feb 18th, 2021

Customers of IMT need reliable, quality equipment made for the toughest of tasks. Whether using our cranes, service trucks, or air compressors, you can trust they’re up to the job.
Jul 1st, 2021
Follow Us