On the American-Made Index, Cars.com ranks light-duty vehicles made and sold in the US, and the brands of pickup trucks that support the most American jobs and economics are not the ones many people expect 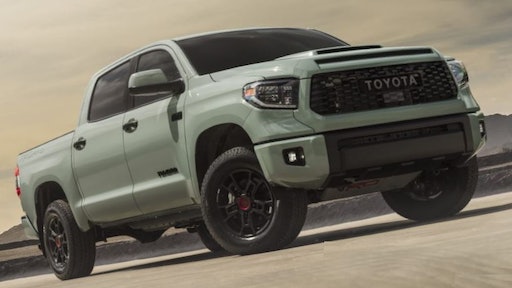 Nameplates on the most American-made pickup trucks may surprise you. If you want an American-made full-sized pickup truck, you can’t support more American jobs or energize the American economy more than buying a Toyota Tundra, according to Cars.com’s 16th annual American-Made Index.

The American-Made Index ranks vehicles built and bought in the U.S. for the 2021 model year, considering five factors:

This is the second year that the index ranks the 90 qualifying vehicles built and bought in the U.S., not just the top 10 or 15 models. Cars.com counts 254 models sold in the U.S. that are unranked in the 2021 American-Made Index because of the index format (find out more).

Industry developments that affect the American content of vehicles are all over the map. Toyota announced plans in April to add two new SUVs and 1,400 new jobs at its Princeton, Ind., plant. The same month, GM announced plans to invest more than $1 billion to retool a plant in Mexico to build electric vehicles. Tariffs that went into effect under the Trump administration on U.S. goods imported from China will “likely remain in place for some time,” the Center for Automotive Research said on May 17, yet cars like the Buick Envision continue to be imported from there. 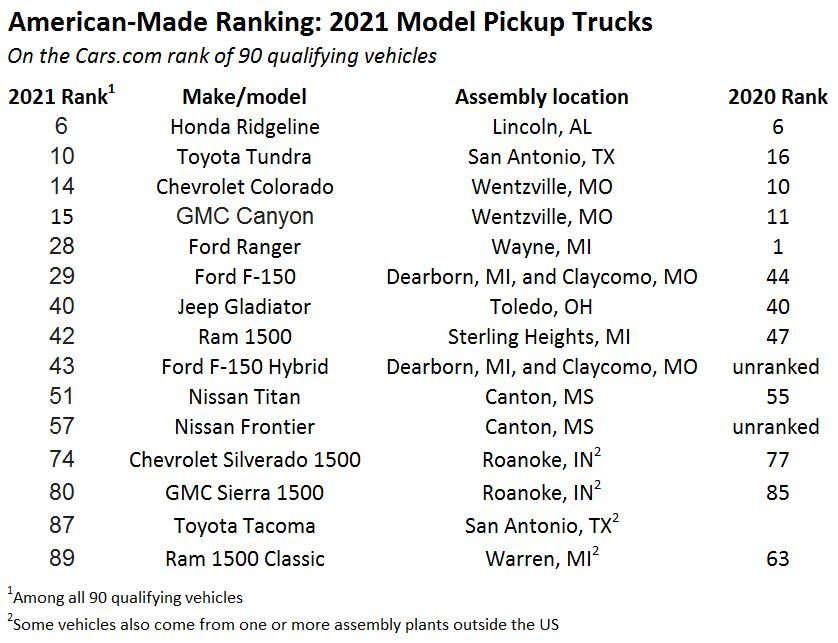 click on the table to enlargedata: Cars.com; table: ForConstructionPros.com

Ford will now invest at least $22 billion in electrification through 2025
Curt Bennink
February 8, 2021
Follow Us