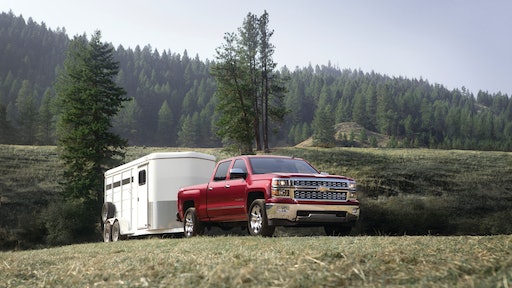 For that price, the 2014 GM 1500 pickup trucks will include major improvements including:

The base starting prices for the Chevy Silverado crew cab, the first model to launch later this spring, and for the new double-cab Silverado, which replaces the extended cab, also will be the same as for the corresponding 2013 models.

Buyers of all 2014 Silverados and Sierras will receive a standard scheduled maintenance program for two years or 24,000 miles, whichever comes first. Up to four maintenance visits are included in the price of the vehicle, each one of which includes a regularly scheduled oil change, oil filter replacement, tire rotation and multi-point vehicle inspection, based on the schedule in the vehicle owner’s manual.

FCP Video: Check Out the Features of the 2014 Silverado