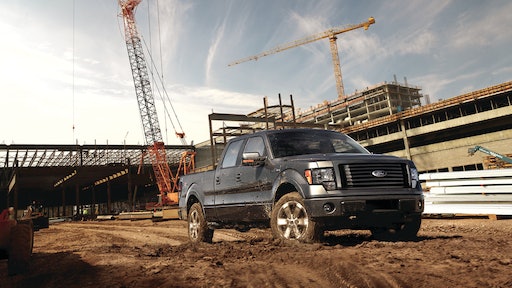 The list is determined by analyzing three data points:

“Ford’s top ranking this year is a good indicator of how pickup trucks are dominating auto sales so far in 2013, and how the domestic automakers are bouncing back,” said Olsen. "While the assembly point and domestic parts content of the F-150 didn’t change from 2012 to 2013, vehicle sales are responsible for bumping the F-150 to the top spot.”

While Camry is no longer the list leader, Toyota remains the brand with the greatest number of vehicles ranked. As was the case in 2012, the list remains an even split between foreign-owned and domestic-owned automakers, with five domestic brands and five foreign brands. Toyota leads with four vehicles, General Motors has three, and Chrysler, Ford and Honda each have one vehicle on the list.

“Buying American isn’t necessarily the key decision maker for every car shopper; however a study we conducted in 2012 indicated that 25 percent of shoppers surveyed preferred to buy American,” said Olsen. “The American-Made Index is meant to help car shoppers understand that ‘American-Made’ extends beyond just the Detroit three.”

For full results and more information about the 2013 Cars.com American-Made Index, visit www.Cars.com or blogs.cars.com.

Cars.com is an award-winning online destination for car shoppers that offers information from consumers and experts to help buyers formulate opinions on what to buy, where to buy and how much to pay for a car. Cars.com offers thousands of new and used vehicle listings, consumer reviews, side-by-side comparison tools, photo galleries, videos, unbiased editorial content and many other tools.