Recall affects about 12,300 2015 Ford F-150 trucks where upper I-shaft might have been riveted improperly potentially causing it to separate 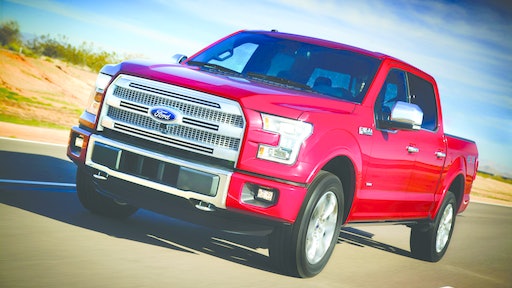 Ford Motor Company is issuing a safety recall for approximately 12,300 2015-model Ford F-150 vehicles in North America for an upper I-shaft that might have been riveted improperly, potentially causing it to separate. If that happens, it could result in the loss of steering control without warning, increasing the risk of a crash.

Ford is not aware of any accidents or injuries but is aware of one report of loss of steering believed to be related to this condition.

There are 12,328 vehicles that might be affected in North America, including 8,963 in the United States and federalized territories, 3,348 in Canada and 17 in Mexico. Of those, 6,722 vehicles are unsold, meaning 5,606 vehicles are in customer’s hands.

Dealers will inspect the upper I-shaft assembly and replace it if necessary at no cost to the customer.