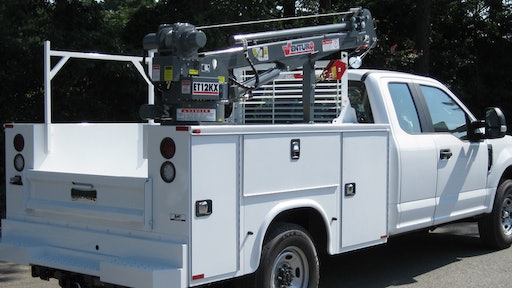 The Venturo ET12KX-P electric-hydraulic service crane can be installed on trucks with a minimum 8,800-lb. GVWR. It features a 12,000-ft.-lb. rating and a 3,500-lb. maximum capacity.
Venco Venturo

Options to the traditional steel, hydraulic crane on mechanic's trucks are beginning to emerge to deal with persistent overweight issues when service trucks have to transport heavy components. These options can save weight and/or cost.

This year, Stellar Industries introduced an aluminum telescopic service crane, the EC3200 Aluminum. “Weight reduction is the biggest advantage to this crane,” says Tim Davison, senior product manager, Stellar Industries. “We have reduced the weight of our crane by over 30% by utilizing extruded aluminum booms. Weighing just 500 lbs., the EC3200 Aluminum is nearly 200 lbs. lighter than our nearest competitor. This allows fleet operators to reduce the weight of their trucks, giving them the potential to carry more payload, or even downsize their truck chassis.”

The aluminum crane meets the same criteria as its steel counterpart. “Because we have to meet ANSI B30.5 design criteria whether the booms are steel or aluminum, the EC3200 Aluminum matches the performance of the standard EC3200 made with steel booms,” says Davison. “As for long-term durability, we went the extra step of anodizing our aluminum booms to improve wear resistance. This surface, under our testing, actually performed as good or better than steel booms.”

Electric crane technology has also carved out a niche in the mechanics truck market.

Hydraulic functions are driven by a self-enclosed hydraulic pump system. “This allows the crane to be installed and hooked directly to the battery as opposed to purchasing a separate PTO to run all the hydraulics of a full hydraulic crane.”

“Because smaller cranes have low capacities, there are few hydraulically-driven winches that are as cost effective as electric winches, making the smaller 12-volt electric-powered cranes a more cost-effective alternative for customers that have lighter loads to be moved,” says Lahmer. “Electric-hydraulic cranes are usually a less expensive alternative to the fully hydraulic cranes due to the wiring, hoses and overall structure of the crane.”

Venco Venturo’s line of electric-hydraulic cranes can pick up anywhere from 2,000 to 6,000 lbs.

Larger loads and constant duty cycles are still better served by fully hydraulic proportional cranes. “Electric-hydraulic cranes have electric winches and are considered to be ‘occasional duty use cranes’,” Lahmer comments. “While electric winch run times vary by model, they typically fall in the two to five minutes of constant, not letting off the power switch run time. Most electric winch movement run times are just a few seconds, which allows for most crane uses to be done in plenty of time under the two- to five-minute window.

“However, electric winch cranes typically should not be used when constant, long winch run times are involved,” he cautions. “A good example of this would be pulling and service of below-grade water pumps, which can often be 50-plus feet below grade.” 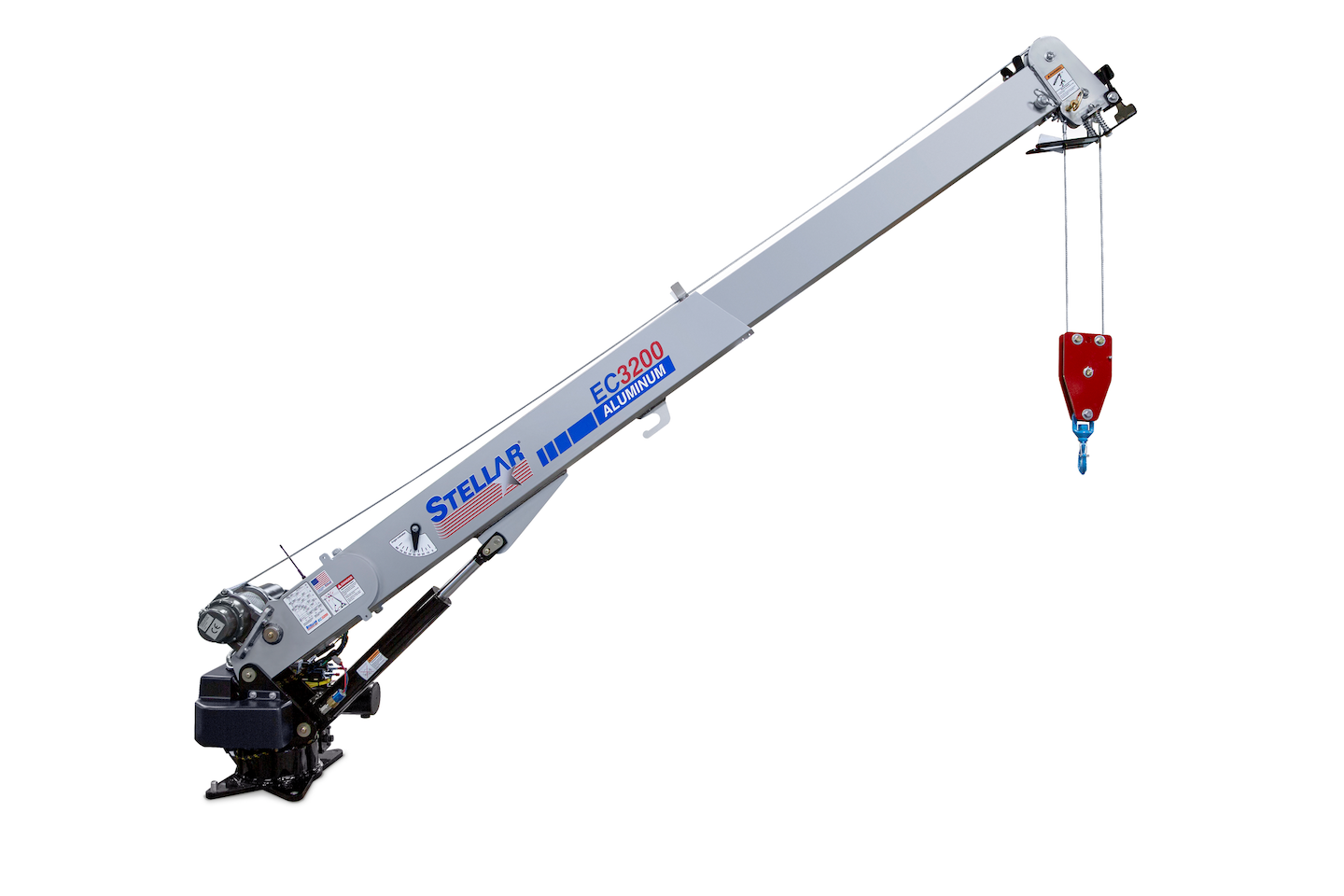 Designed to reduce weight and offer the ability to carry more payload without sacrificing performance, the new 6000 series crane is 30 percent lighter than before.
Iowa Mold Tooling Co. Inc.
March 16, 2020

Chance Castillo talks about the features of the Sage Oil Vac oil change truck, which is mounted on a class 5 chassis.
Sage Oil Vac
March 10, 2020

Can your jobsites benefit from propane’s cost and emissions advantages?
Jeremy Wishart
December 14, 2019

[VIDEO] Sage Oil Vac Demonstrates How to Use Its Filter Stinger