Hiring Ex-convicts on the Table to Fill Open Construction Jobs

'These guys have to be sober and want to work. We have a problem finding both those things in one person right now. You can teach almost anybody to run a shovel' 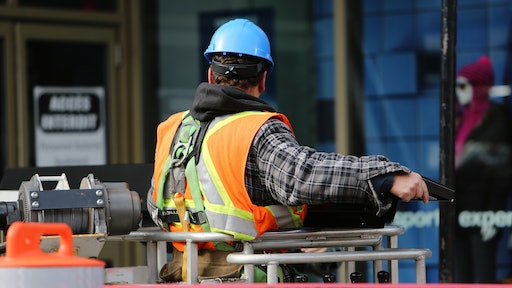 It's impossible to talk to contractors in the asphalt industry without hearing their frustration in finding workers to fill the open job positions they have. Business owners are trying everything to attract people to these careers and are expanding their normal hiring practices to include working with apprenticeship programs and adding the focus of hiring women.

But what about ex-convicts? As the labor market tightens in our expanding economy, companies will need workers and it's not secret that people returning to society from prison need jobs. But who wants to hire them? Maybe you should.

Crime has been in decades-long decline, but roughly 70 million adults in this country have criminal records; and more than 10 million return to their communities from incarceration each year.

On a recent Asphalt Contractor Magazine reader call, the contractor said they have turned to this seemingly untapped job market  to find workers. Not only are they seeing success in finding people to fill open jobs, they are also seeing an uptick in employee retention.

"We wanted to try a work release program out," he says. "These guys have to be sober and want to work. We have a problem finding both those things in one person right now. You can teach almost anybody to run a shovel. These guys are being (drug) tested anyway so you save money on that and most states will give you big tax breaks to give them a chance."

The contractor (who chose to remain unidentified) said if the work-release candidates don't work out, a van takes them back. However, he's finding they tend to keep these guys on staff when their program is done.

Which makes sense. According to a 2017 ACLU report, "retention rates are higher, turnover is lower and employees with criminal records are more loyal." An added bonus is that stable employment, which reduces re-arrests and re-incarceration, keeps prison costs down. One Philadelphia study conducted concluded that employing even just 100 more formerly incarcerated individuals would lead to a $2 million reduction in the city's correctional costs. And get this: according to Pew Research Center, if states could lower recidivism rates by 10% they could save an average of $635 million annually.

Do Your Research on Hiring Ex-Convicts

For ex-convicts, more jobs equal lower repeat offenders which leads them to a better life after incarceration. Often though fresh starts are curtailed by cultural bias, skills deficits and myriad regulatory barriers. Among the most common: state rules that deny professional licenses to people with criminal histories.

Many states are trying to change that. Nationwide, 35 states and over 150 cities and counties have adopted “ban the box” rules preventing employers from asking about criminal history on job applications. This way, employers consider a job candidate’s qualifications first—without the stigma of a conviction or arrest record. These initiatives provide applicants a fair chance at employment by removing the conviction history question from job applications and delaying background checks until later in the hiring process.

Momentum for these policies has grown exponentially, particularly in recent years.

However, individual state laws vary, so double check your state or other governmental jurisdiction's laws before you ask a person to fill out an application.

Push past your stigmas on these workers. Progressive construction business owners have an opportunity to take the lead in giving people a chance. It can have a positive impact on the labor shortage you're facing if you do it right.