How Will Michigan Fund Road Repairs?

Amid shutdown threats, Michigan is floating five ideas they hope will fix their crumbling infrastructure 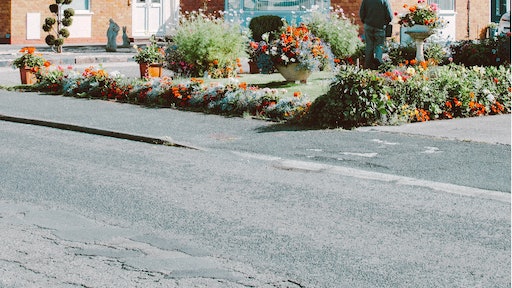 Negotiations are underway in Michigan government as legislative Republicans and Gov. Gretchen Whitmer look to reach a compromise on the new state budget by October 1., an issue closely tied this year to finding more money for fixing the roads.

If a budget isn’t agreed to before then, the state government would go into shutdown, although Whitmer signaled last week she’d consider a stopgap measure to continue government funding past that date if “good-faith” negotiations about road funding were underway.

Some favor the idea of addressing infrastructure funding separately from the budget, but Whitmer and outside groups like the Michigan Chamber are pushing for state leaders to tackle a fix for the state's crumbling roads and bridges at the same time.

Michigan has a  lot of different ideas on how to find more money for infrastructure but so far no formal compromise plan has been presented to lawmakers. Here are the eight ideas the state is toying with.

Gov. Gretchen Whitmer's budget proposal hinges on a plan to eventually raise taxes collected at the pump by 45 cents. It would raise the fuel tax by 45 cents per gallon by Oct. 1, 2020 in three, 15-cent increments. Whitmer has said the state needs billions of dollars annually to adequately address Michigan's infrastructure needs, and has said lawmakers so far haven't presented a plan that would bring in enough money to fix the problem. However, House and Senate Republicans call this large increase a "non-starter" for them.

Republicans in the legislature are now discussing a multitude of options on potential alternatives for road funding, one of which is feeling out members' opinions on a more modest gas tax hike.

Business Leaders for Michigan has said a user fee-based system is the best option to generate between $2 and $2.5 billion needed for for infrastructure improvements.

House Democrats introduced legislation earlier this year that would implement a 2.5 percent corporate income tax hike, a flow-through parity tax of 4.25 percent and a new Vehicle Miles Traveled tax of 6 cents per mile on trucks weighing 26,000 pounds or more.

Former House Speaker Jase Bolger, an adviser for West Michigan Policy Forum, said the group proposed the state issue a 30-year, $10 billion bond to pre-fund the Michigan Public School Retirement System, a move that he said could free up between $600-900 million a year for roadways.

Some lawmakers believe more can be done to find more money for roads in the state's current budget instead of seeking additional outside revenue.

House Appropriations Transportation Subcommittee Chair Matt Maddock, R-Milford, said he’s not a fan of most of the other ideas he’s heard floating around the legislature, and remains firmly opposed to raising taxes.

Whitmer and her administration say the state needs to find a way to increase revenue by about $2 billion to fix and maintain Michigan’s current roads and bridges. Since the Democratic Governor’s first budget rollout, there have been several ideas talked about in both chambers of the legislature, but nothing concrete produced.