Do you know the various key temperatures influencing the production process and the final placement of hot mix asphalt? Read to find out. 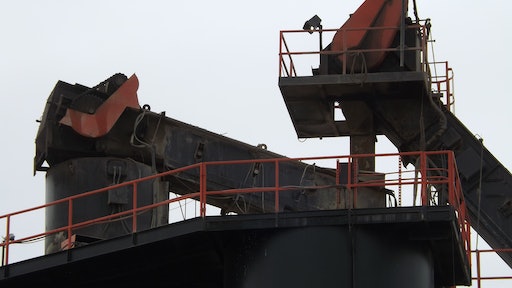 With today’s concerns for knowing your temperature as an indicator of health, it got me thinking about the key temperatures of your hot mix plant and I thought it would be a great time to discuss the various key temperatures influencing the production process and the final placement.

It is taken for granted that hot mix (it is right there in the name) is produced at a given temperature. In most cases the mix discharge temperature is preset and only becomes a factor when it goes higher or lower than the expected normal.

Like many I subscribed to the rule of thumb that a successful project is a 60/40 split between the plant and the lay down crew. Key to this success ratio is mix temperature.

Before we go any further, it may be useful to review the two major factors effecting the mix temperature.

2.      The Btu output of the main burner. A burner has a range of temp in which it operates efficiently. In an effort to maintain an acceptable discharge mix temp, the burner may be called on to perform at the top end of its ability. As the demand for the burner to produce heat goes up, the efficiency is reduced. We all have been in a situation in which the demand for the mix is greater than the capacity of the plant to produce. The use of surge storage has reduced this problem, but it still happens.  Plants with historically high moisture content may consider a larger burner. However, prior to this decision, you will need to work with engineering to ensure the other components of the plant can handle the upgraded burner.

Let us take a moment to examine two key temperatures that will affect the outcome of a successful project.

1.      Discharge Mix temperature: This is the key control temperature on a day-to-day bases in the production of hot mix. Discharge temperature is established based on a few factors.

In the development or review of a design mix the optimal compaction temp would be established. Ideal discharge mix temp is influenced by various factors which all must be considered. As suggested above, working with your QC dept. will enable you to better match your production rate based on discharge mix temp with the demand of the projects

* Historic data demonstrating the amount of heat loss from point of discharge to the point of placement on the job site.

Many times, the plant operator is focused solely on the discharge temp. Ignoring the temp at the point of placement. In order to provide a product with the greatest potential for success, the discharge temp needs to be monitored and controlled on a continuous basis. In addition to discharge, additional temperatures must be recorded at three key areas:

Too many times the operator relies on the high or low limits of the mix discharge alone. In reality, this key temp. should be a coordinated effort with input from the QC., field service Techs, along with the placement superintendent. In order to allow the final placement to be compacted to its maximum potential, the temp at the mat must be in line with the recommendation of the pre-job testing.

Changes in discharge temperature should be documented both at the time of change and at summery end of the day report.

* The ratio of temperature between the liquid AC and the discharge aggregate.

In order to maximize the mixing effort, the tempt between the liquid AC and the aggregate must be considered and controlled. Today’s plant has the ability to control Liquid AC temp. The only time you may have trouble is in the event your inventory becomes low and you receive an extremely high temp delivery from the refinery.

2.      Baghouse Temperature: This is a key control in the production and rate of the plant. Ever since the “Clean Air Act” of the 1970’s hot mix plants have been fitted with a dust control system known as a “baghouse.” There is no need to go over how technically the bag house works at this time. The important take away is the effect of air temp has on its performance.

Two key concerns in performance of the bag house are:

·         Air velocity: the movement of the air allowing for the dust from the dryer to be carried to the bag house.

Too hot and you have a potential for serious failure.

In addition to the above, by tracking the velocity and temp., the operator will be able to identify and correct issues in the drying and mixing portion of the process.

Modern hot mix plants have state of the art controls, sensors and monitors which allow the operator to produce a wide variety of mixes in a safe environment. Key to this control equipment is the ability to monitor the plant temp at various locations throughout the process. With the help of bells, buzzers and other attention getting aids, the operator is alerted to problems prior to failure.

Based on the importance of what we are discussing in this writing, many plant sites also use a stand-alone, redundant system to monitor key temperature readings. The use of a two-pen digital temperature recorder is an inexpensive back up to the control system. These temp recorders use their own sensors and provide confirmation of dashboard data. From and operational perspective, it independently documents key performance data such as:

·         Baghouse and mix discharge temp throughout the production run

I would highly recommend this type of back-up in addition to your current control system. When use correctly, a temperature recorder will confirm the end of run summery generated by the dashboard. It will allow the operator quickly to confirm key information. It will become part of the production run record. When reviewed timely and filed correctly this record will be a great resource in the case of material failure or other concerns.

One final word on the use of an independent data recorder. In order to be effective and provide accurate data, the recorder requires daily routine upkeep. Such things as correctly replacing the paper recording disk and calibrating the sensors.

In today’s world of hi-tech automation and controls, it is easy to become too complacent with the actual operation of the plant. With so much to do, even the best plant manager or operator may need to be reminded of the significance of the mix temp and the need to control the bag house temp. Yes, the onboard computer is monitoring in real time, nevertheless it is the operator that needs to factor in the many outside variables that will affect the final mix performance.

Input from QC and field service techs must be evaluated in order to provide a product with the greatest chance for a successful placement. Such things as truck travel and standby time must be considered. A line of communication and feedback with the placement crew will assist with changes in temp at the plant.   One cannot forget the loss of mix temp in the startup phase. Especially if the early morning run is placed in surge storage. This loss must be accounted for.

As far as the baghouse temp goes, large swings in temp are indicators of more serious problems. Forcing the plant to run at a high rate of production while losing baghouse temp. is a recipe for failure.

From a management point of view, always remember to document any changes or overrides to the plant. Connect these changes to a mix or a job. Assign a time and date along with any supporting reason for the change. From time to time during the production run compare data from the dashboard to that of the stand-alone recorder.

Never forget the importance of temperature to the product you supply.

Ken Monlux is a retired hot mix asphalt executive and can be reached at kenmonlux@yahoo.com