The Association of Modified Asphalt Producers is very pleased to announce that Michael D. O'Leary is the 2017 honoree for AMAP's Lifetime Achievement Award and will be inducted into the AMAP Modified Asphalt Hall of Fame. 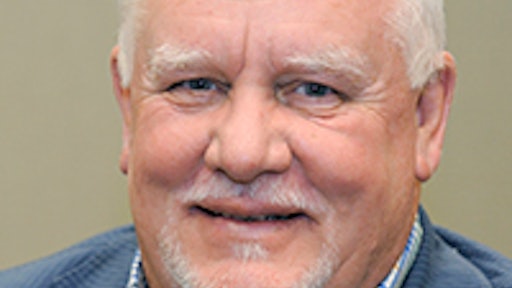 The Association of Modified Asphalt Producers is very pleased to announce that Michael D. O'Leary is the 2017 honoree for AMAP's Lifetime Achievement Award and will be inducted into the AMAP Modified Asphalt Hall of Fame. There will be a reception in his honor the evening of Wednesday, February 8 during AMAP's Annual Conference and Workshop at the Hilton Bayfront, St. Petersburg, FL, February 7-9, 2017.

Mike began his career in 1975 in Terre Haute, Indiana, working for Bituminous Materials, which at the time was a licensee of K.E. McConnaughay. In 1980 he struck out for warmer climes in Texas, where he became Vice President for Southwest Emulsions and successfully commercialized a wide range of new polymer-modified emulsions. When Southwest Emulsions was acquired by Elf Asphalt in 1983, Mike was appointed to VP of its Western Region, where he was responsible for the creation, development, and expansion of the polymer-modified bitumen market across the western states.

Mike's work in the western United States helped usher in the dawn of polymer-modified bitumen usage across North America, as did his leadership at this time in the AASHTO-AGC-ARTBA Joint Cooperation Task Force 31, which created the first specifications for polymer-modified bitumen in 1991. History shows that Task Force 31 was an immediate predecessor to SHRP program and development of the PG grading system and Superpave mixtures.

When Koch Materials acquired Elf Asphalt in 1993, Mike became its Western Region Leader, where he continued his mission to expand polymer modified bitumen usage, perhaps best represented by his region's blitzkrieg capture of pavement preservation markets through utilization of the premier polymer-modified Ralumac micro-surfacing and ultra-thin bonded wearing courses (in the latter, both the tack and the overlay components are based on highly modified PMB technologies).

In 2004 Mike retired from Koch Materials and was invited by MeadWestvaco (now Ingevity) to come on board to develop and implement its commercialization strategy for the newly-developed EVOTHERM warm mix asphalt technology. He continues with Ingevity to this day as the ambassador for new product and new technology commercialization programs.
Providing strategic guidance to associations

Concurrent with his long history of new technology introduction and successful business development in the private sector, Mike also contributed his unique expertise to identifying and achieving the strategic goals of numerous industry association boards and committees.

To highlight just a few of his many noteworthy roles in this regard, Mike served on the NAPA-AI Asphalt Pavement Alliance board for eight years, was the AEMA board president for two years, and served on the board of TRIP as well as many state APA's (including New Mexico, Colorado, and Arizona). He has served numerous state and national industry association committees, and some still today benefit from his insight, energy, and special talent for implementing change. A few of these include CAPA, NMAPA, ACNM, Colorado AGC, Texas AGC, TXAPA, and the National AGC.
"The Ambassador"
Throughout his career, Mike has applied his rare brand of diplomacy to reach out to all sectors of the asphalt pavement supply chain (industry, academia, and government) to build the critical mass necessary for acceptance and adoption of technological advancements. For this, he wears the fitting title of "ambassador."

Ambassadors change the course of history not through lofty oratory from the grand stage of an oversold arena but through the more understated influence of amicable conversation about matters of mutual interest.
Latest in Asphalt