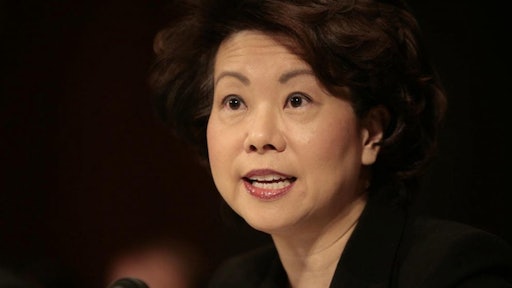 U.S. Transportation Secretary Elaine Chao said the Trump administration would unveil a $1 trillion infrastructure plan later this year, but she did not offer details of funding for projects.

Chao said at an event at the department's headquarters that the infrastructure initiative would include "a strategic, targeted program of investment valued at $1 trillion over 10 years. The proposal will cover more than transportation infrastructure, it will include energy, water and potentially broadband and veterans hospitals as well."

Chao's comments were the most detailed timetable from the administration about its plans to unveil a plan to modernize U.S. roads, bridges, airports, electrical grid and water systems. Chao said the administration plans to offer incentives for public-private partnerships rather than simply fund improvements.

It was not clear how much new federal funding the Trump administration would propose.

She said the plan would aim to speed the processes for government projects.

Investors have been growing more skeptical that the infrastructure plan will win approval this year.