Toll roads will play an increasing role in addressing the funding gap for U.S. road and bridge infrastructure needs 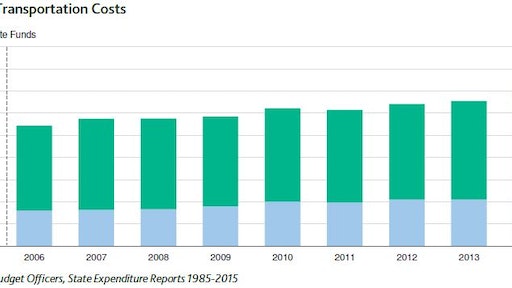 In light of stagnant federal funding and limited capacity for states to increase spending, toll roads will play an increasing role in addressing the funding gap for road and bridge infrastructure needs in the US, according to a new report from Moody's Investors Service. Based on historical trends, Moody's projects more toll roads and increased tolling in areas with existing traffic congestion and growing economies, population and per capita income.

"We expect no significant increase in federal funding given the recent lack of political will and the depleted state of the Federal Highway Trust Fund," says Maria Matesanz, a senior vice president at Moody's.

States have already taken on a larger share of the infrastructure burden and are allocating more of their total budgets to roads and bridges. Forty states have increased their gas taxes since 1993, the last time that federal gas rates went up.

High growth, high income regions will see an uptick in tolling since these areas typically experience more traffic congestion and tolling growth has been more robust.

While greater use of public-private partnerships (PPPs) could serve as an additional tool for funding infrastructure, a dedicated revenue stream would still be needed to encourage and support private investment.

For toll roads, the credit impact of added debt would vary depending on the funding approach, and whether the debt is offset by traffic and revenue growth.