Telematics provider ranked the nation's most dangerous, as well as safest, highways in the country based on federal highway data 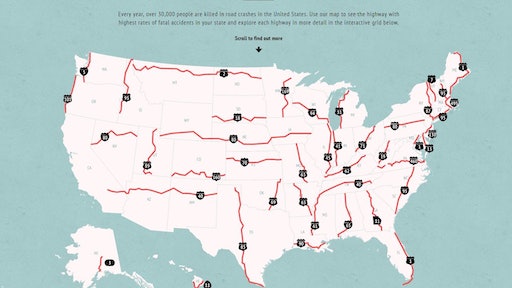 The 545-mile U.S. Highway 1 that runs from southern Georgia to Key West, Fla., has been deemed the most dangerous highway in the U.S. because it has the highest fatal crash rate, according to Geotab.

The telematics provider has ranked the nation's most dangerous, as well as safest, highways in the country based on federal highway data analyzed by the company over the past 10 years.