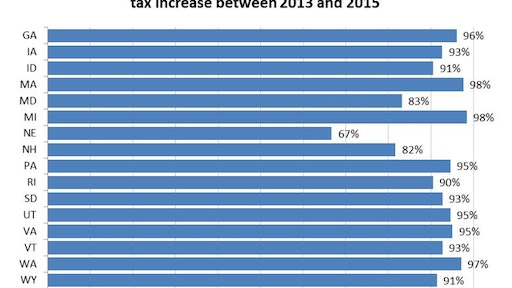 Voters sent 91% of legislators up for reelection who voted to increase state fuel taxes between 2013 and 2016 back to the statehouse.
American Road & Transportation Builders Association

The decision to vote for legislation that increases a state gas tax had little impact on the reelection rates for those elected officials, according to a new analysis by the Transportation Investment Advocacy Center (TIAC) of election results for over 2,500 state legislators between 2013 and 2016.

Of the 677 elected officials who voted against a gas tax increase, 93% were also re-elected for another term.

The high reelection rates were also evident across party lines and between different types of elected officials in the Assembly, House or Senate. More than 91% of state House Representatives and 94% of state Senators were returned to office.

More than 91% of legislators who sponsored the respective bills to increase the gas tax were also reelected.

Fourteen of the 16 states saw reelection rates over 90%.  Four of the seven legislators in Nebraska who voted for a gas tax increase in 2015 and stood for reelection in 2016 won reelection, a rate of 67%.

Further research suggests that other major state issues, including a debate over the death penalty, were the major driver of some of these election losses. 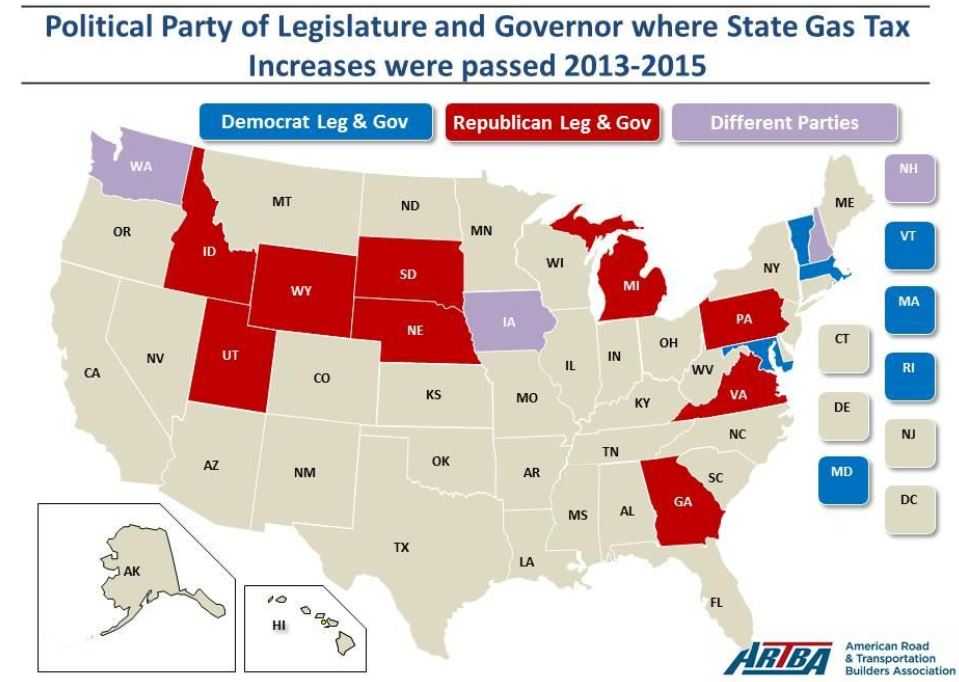 Six of eight states that passed gas-tax increases in 2015 had a Republican governor and Republican majority legislature at the time the legislation was passed.American Road & Transportation Builders Association