Modernization of I-94 in Detroit has been in the works for 20 years, and the plan associated with the Final Environmental Impact Statement approved in 2004 needs to be updated 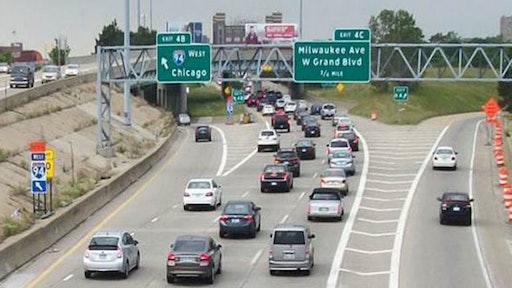 The Michigan Department of Transportation has taken the first step toward launching a revised modernization project for I-94 in Detroit.

The project would include reconstruction of a 6.7-mile segment of freeway just east of the I-94/I-96 interchange to east of Conner Avenue. The plan also calls for constructing an additional through-lane in each direction of the freeway, replacing more than 60 bridges and modernizing the interchanges at I-75 and M-10, MDOT said in a Tuesday news release.

A Notice of Intent is being published in the Federal Register, signaling MDOT's intent to prepare a Supplemental Environmental Impact Statement for the modernization of the freeway, MDOT announced in a Tuesday news release.

Talks of modernizing the freeway started in the 1990s but were never realized due to financial strains and shifting of expectations of the city and community, said Rob Morosi, communications specialist for MDOT.