Trump said his administration is working to rebuild crumbling infrastructure by stimulating a $1 trillion investment, and "that will actually, probably, end up being about $1.7 trillion." Trump plans to give details at his State of the Union address. 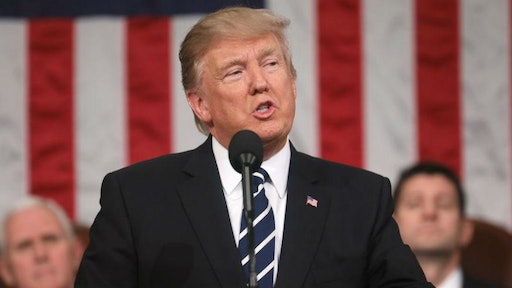 President Trump said Wednesday he plans to discuss a $1.7 trillion infrastructure package during next week's annual State of the Union address.

During a White House meeting with mayors from across the country, Trump said his administration is "working to rebuild our crumbling infrastructure by stimulating a $1 trillion investment, and that will actually, probably, end up being about $1.7 trillion."

The impending announcement comes after a document purporting to detail the administration's infrastructure principles leaked earlier this week.