Federal Spending Bill to Boost Infrastructure by $21.2B

Republicans and Democrats have agreed on a fiscal 2018 spending bill that increases federal infrastructure spending by $21.2 billion. Highways will get a $3.5 billion boost under the bill's terms, and spending on airports will increase by $1 billion. 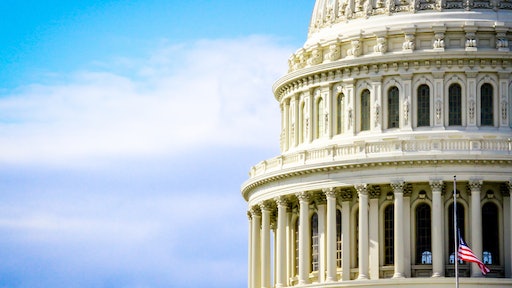 Congressional negotiators reached a tentative agreement Wednesday night on a $1.3 trillion federal spending bill, releasing it to the public just 52 hours before a government shutdown deadline. The draft billruns 2,232 pages, and we’re going through it so you don’t have to. Here are some key highlights:

Overall spending: The “omnibus” appropriations bill doles out funding for the remainder of fiscal 2018 — that is, until Sept. 30 — to virtually every federal department and agency pursuant to the two-year budget agreement Congress reached in February. Under that agreement, defense spending generally favored by Republicans is set to jump $80 billion over previously authorized spending levels, while domestic spending favored by Democrats rises by $63 billion. The defense funding includes a 2.4 percent pay raise for military personnel and $144 billion for Pentagon hardware. The domestic spending is scattered across the rest of the federal government, but lawmakers are highlighting increases in funding for infrastructure, medical research, veterans programs and efforts to combat the opioid epidemic. Civilian federal employees get a 1.9 percent pay raise, breaking parity with the military for the first time in several years.

Border wall: The bill provides $1.6 billion for barriers along the U.S.-Mexico border, but with some serious strings attached. Of the total, $251 million is earmarked specifically for “secondary fencing” near San Diego, where fencing is already in place; $445 million is for no more than 25 miles of “levee fencing”; $196 million is for “primary pedestrian fencing” in the Rio Grande Valley; $445 million is for the replacement of existing fencing in that area; and the rest is for planning, design and technology — not for wall construction. The biggest catch is this: The barriers authorized to be built under the act must be “operationally effective designs” already deployed as of last March, meaning none of President Trump’s big, beautiful wall prototypes can be built.

Infrastructure: Numerous transportation programs will get funding increases in the bill. Transportation accounts are major beneficiaries, receiving $8.7 billion in additional funds. Within transportation, highways leads the way, with a $3.5-billion increase from 2017 levels—$1 billion from the Highway Trust Fund to meet authorized levels and $2.5 billion in discretionary funds.

Environmental Protection Agency water infrastructure, including aid for wastewater-treatment and drinking-water projects, would rise by $500 million. The Army Corps of Engineers civil-works program would get a $789-million hike.