Despite a 2.7 drop in architecture billings, the Architecture Billings Index has remained above 50 for five consecutive months 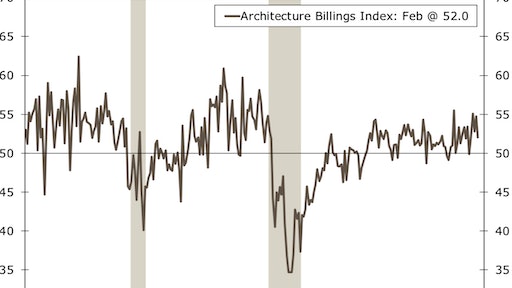 The ABI moderated to 52.0 in February from 54.7 in January. Any score above 50 is consistent with growth in billings, and the index has remained above this threshold for 11 of the past 12 months.
Wells Fargo Securities

The American Institute of Architects (AIA) is reporting an increase in architecture firm billings for February from its Architecture Billings Index (ABI), with several key segments showing an encouraging outlook for 2018. The project inquiries index came in at 62.4, up from January's 61.1 reading. The design contracts index was at 54.5 in February, also up from its 53.9 reading last month.

While the pace of growth in design activity slowed a bit in February for an ABI score of 52.0 (any score over 50 indicates billings growth), it still reflects a healthy business environment. In particular, firms with a multifamily residential or an institutional specialization continued to report extremely strong billings.

The West had the highest ABI reading for the second straight month at 57.6 for February, an increase from its 56.2 January score. The Midwest was at 54.5 this month, a slight dip from 54.8 last month. Finally, the South also took a slight dip from 55.3 in January to 54.4 in February. 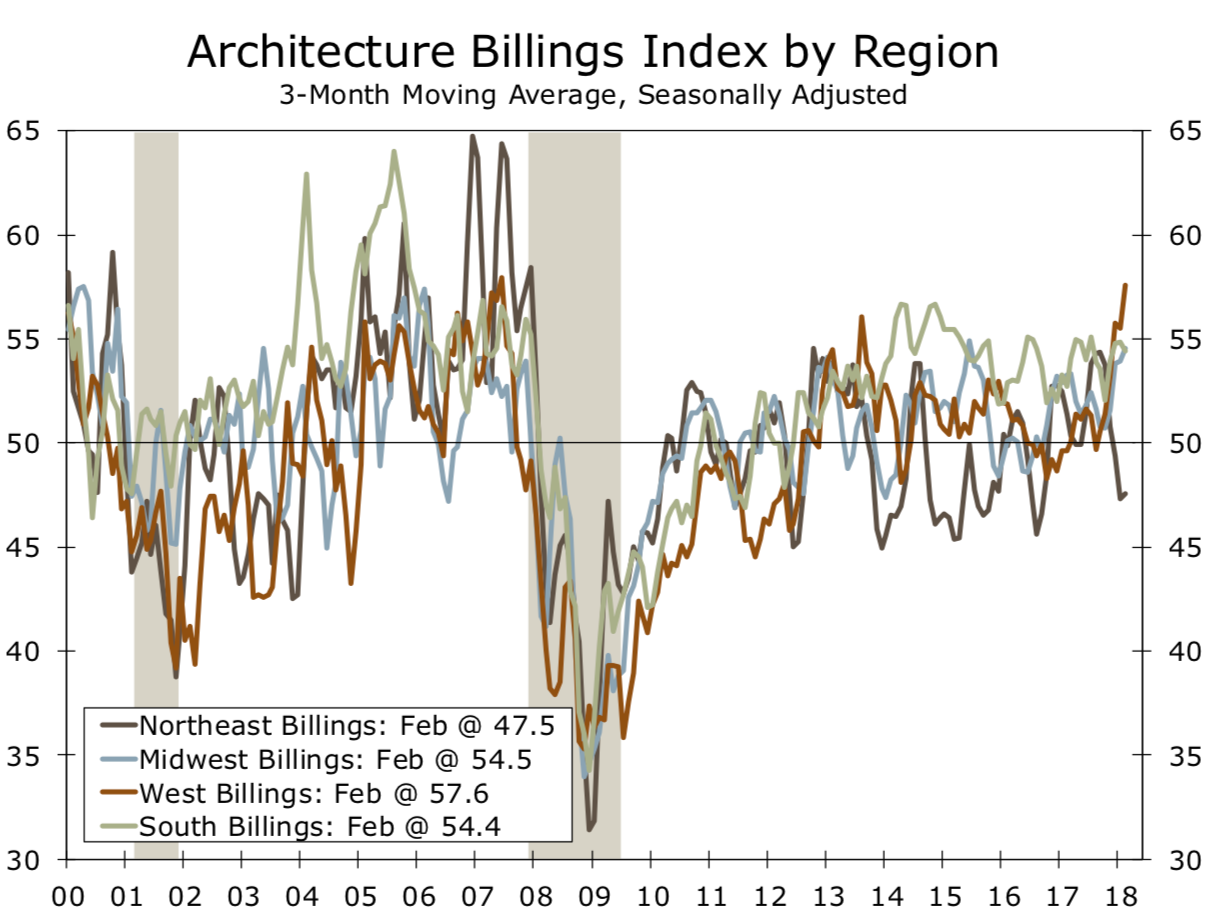 The Northeast ABI rose on the month but stayed in contraction territory while all the other regional ABIs came in above 50.Wells Fargo Securities

Mixed practice was the only sector to have a below 50 reading on the February ABI. Mixed practice came in at 49.7 for the month, a drop from its 50.4 reading last month. 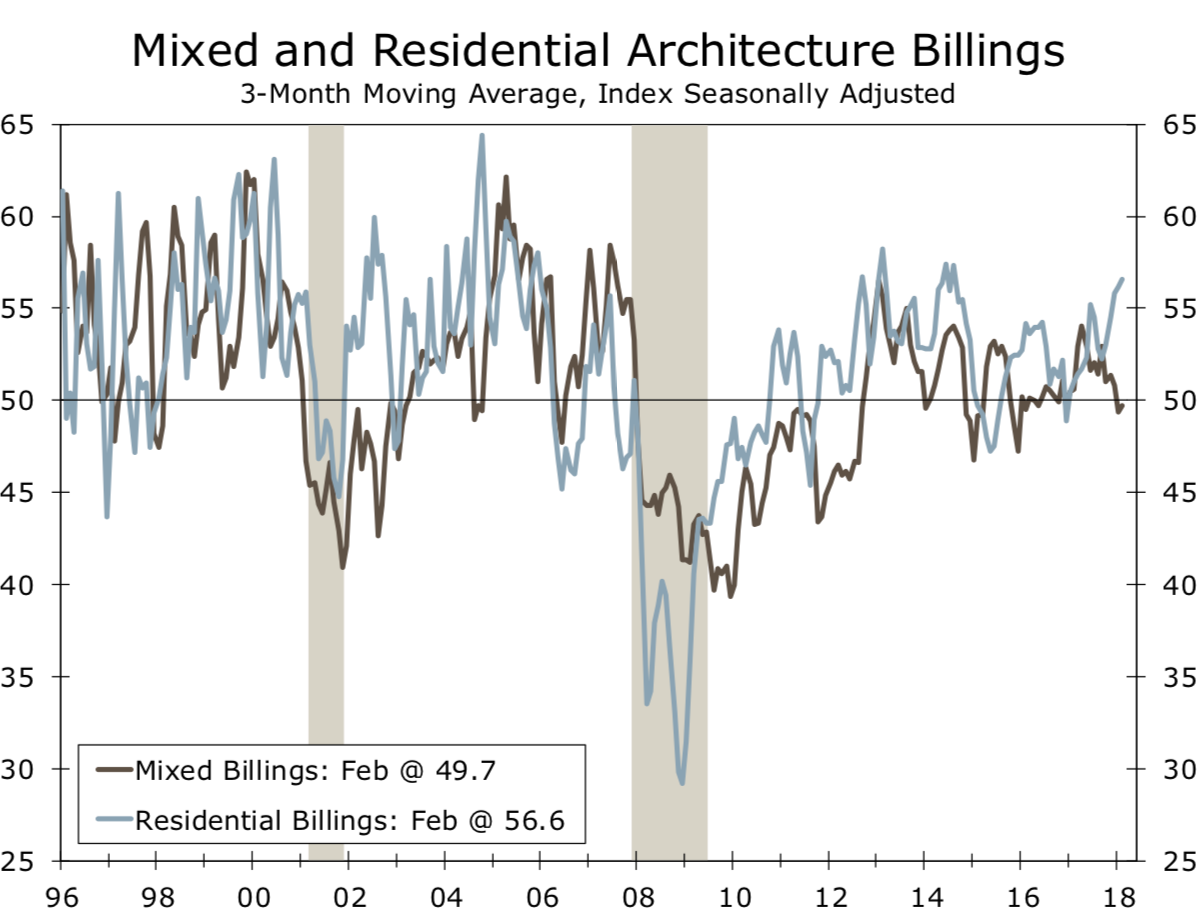 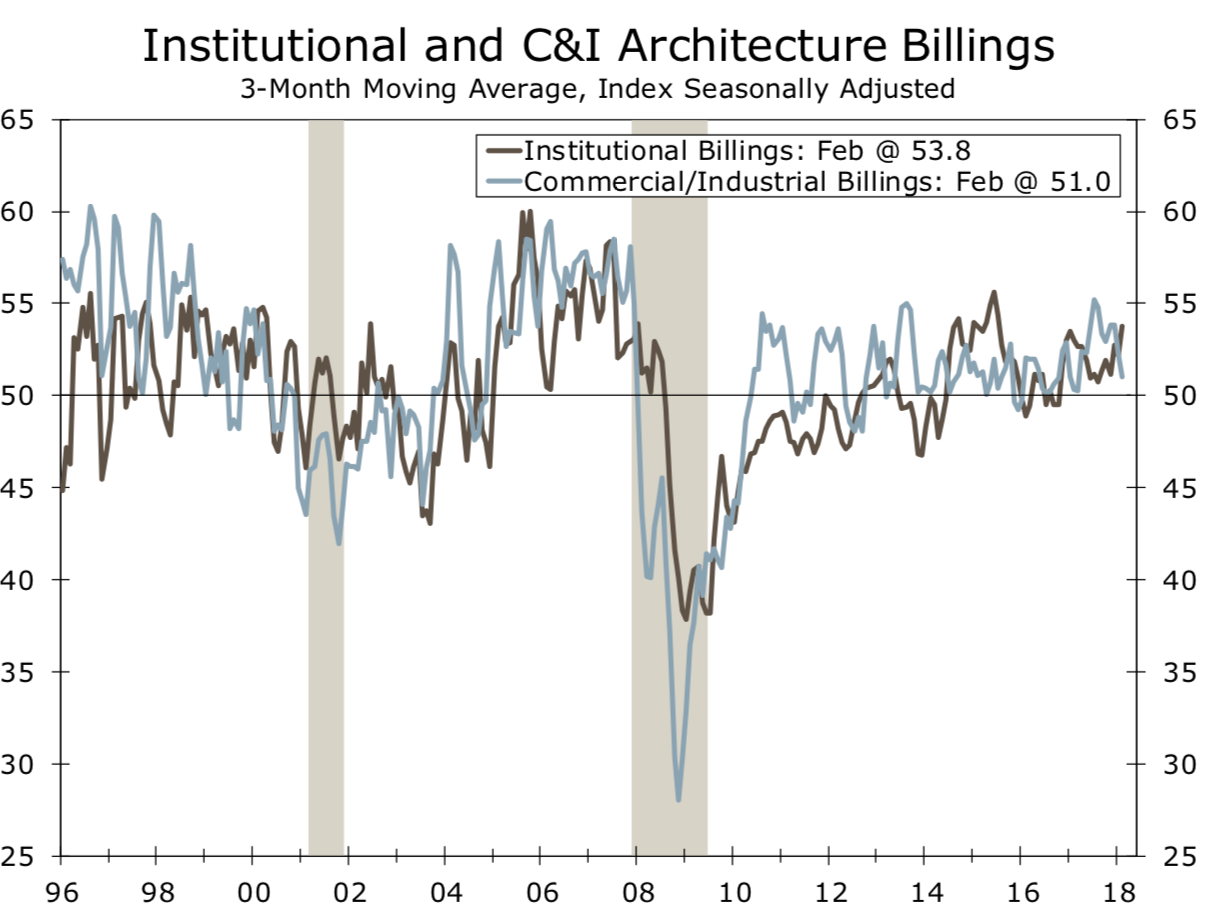