Under the FY18 Omnibus Appropriations Bill, total federal infrastructure spending is up $7B in the asphalt pavement market alone. 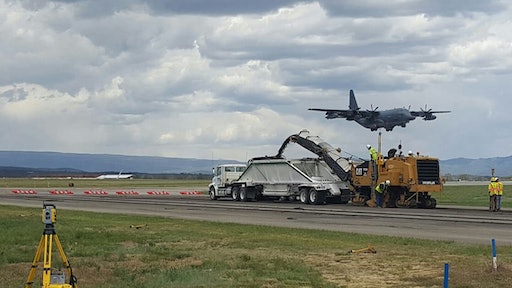 The $1.3 trillion omnibus appropriations bill for Fiscal Year 2018 (FY18) will significantly boost Federal highway dollars this construction season, positively impacting the asphalt pavement markets. However, many contractors are not sure what that means for them at the state level.

A recent National Asphalt Pavement Association (NAPA) webinar investigated just how much money the asphalt industry will be receiving, who can spend it and what it can be spent on.

While the FAST Act establishes and authorizes spending for the core highway program, giving states certainty for federal funding long-term (2015-2020), a transportation appropriations bill is established every year by Congress.

Under an appropriations bill, states’ receive notice from FHWA detailing how much funding they will have available to enter into new contracts for highway projects and then transportation agencies bid work and enter into contracts knowing FHWA will reimburse the states.

“I expect notice going out to the states to take three to four weeks based on this legislation that was enacted just weeks ago,” Jay Hansen, executive vice president at NAPA says.

Congress struggled to approve the FY18 appropriation bills in the absence of a budget deal setting overall spending levels for domestic and defense programs, but once they reached an agreement to boost defense spending, other agreements could be reached.

“The agreement was basically to lift the budget caps so there was room in the budget to spend on all these various programs,” Hansen says.

That means the agreement allots $10B per year to places that are not necessarily the roads and bridges that relate to what infrastructure really means in our industry.

The FY18 Omnibus Appropriations bill funds all government programs through September 30, 2018 and appropriations committee members determine how much of the $20B allotted for “infrastructure” is allocated to highways.

The core Federal-Aid Highway program received $43.3B in 2017. The FAST Act assumed a $900M increase in federal-aid highway funding in 2018 and Congress honored that increase, bringing the total federal highway fiscal year spend for 2018 to $44.23B.

Starting this year, the appropriations committee also enacted a general bonus fund giving $2.53B to highway programs. That means there is an additional $3.46B to spend on our roads in 2018. But where will that general fund money be allocated? 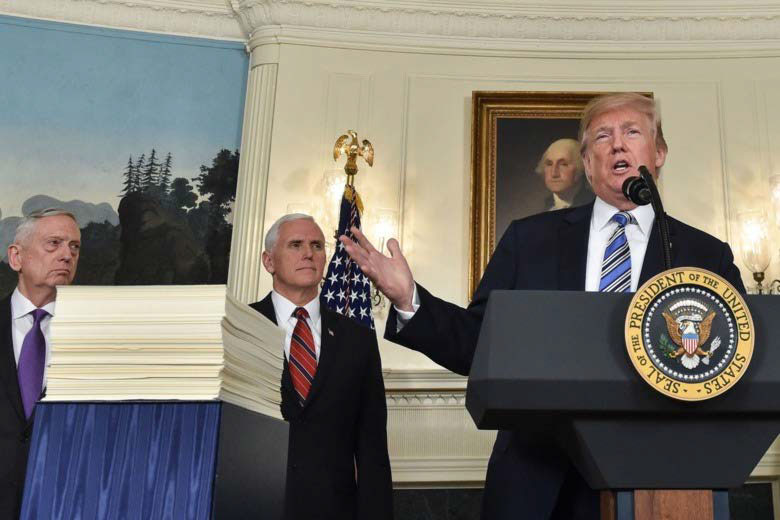 The Surface Transportation Block Grant program is a core FHWA program and the money goes to state DOTs and mayors, giving $1.98B directly to our market.

Some of the additional funds are allocated to rebuild after disasters in Puerto Rico and other territories over and above the $739M Congress allocates yearly for emergency relief. Hansen says the other two allocated amounts for Federal Lands and the New Bridge Program will not directly impact the asphalt market.

Under this FHWA core highway program, states will be seeing $1.98B from the general fund directly allocated to their State DOT. Roughly 53% of that money is then sub-allocated to metro areas but the appropriations committee says that the money must be spent on construction of highways, bridges and tunnels.

“What we’ve learned from other webinars is that when the states get the money, they tend to spend it on highways,” Hansen says. “If the Mayor gets the money, they will divert more of the money into transit and livability programs. How the money will be spent is really up to the industry and the state asphalt pavement associations and their colleagues to make sure that when money goes to the cities, the money is spent on its intended purpose.” 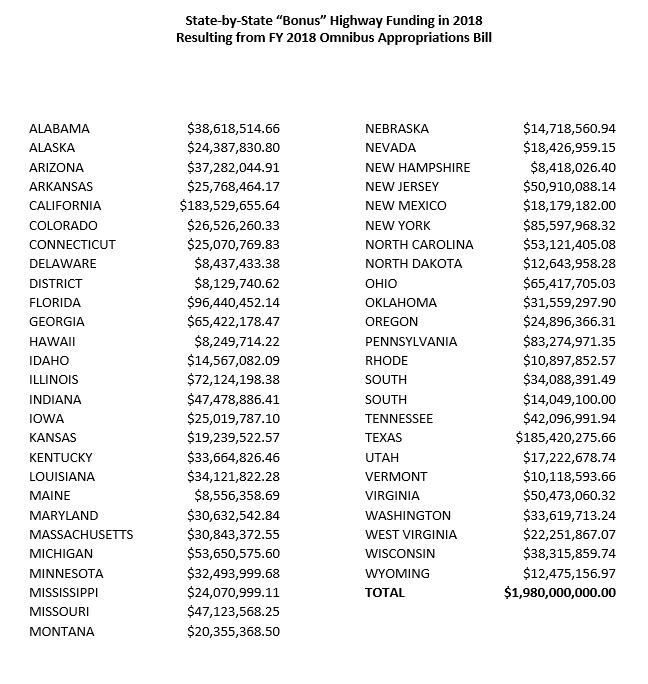 The chart to the left also shows you your states bonus appropriations so you don't need to calculate it yourself.

And since there is also a match with this program, states that have not increased their user fees will struggle and states that are matching federal dollars will see an even larger increase in their construction market.

“This should be seen as a reason for states to increase their highway revenues,” Hansen says. “States that don’t have the match are leaving good money on the table. That’s a talking point with your legislatures.”

The Omnibus Appropriations Bill also extended to the Airport Improvement Program that funds runway, taxiway and apron projects. This year, Congress matched the 2017 amount of $3.35B for the Airport and Airway Trust Fund. However they also added a $1B bonus from general fund for discretionary grants.

Transportation Investment Generating Economic Recovery (TIGER) Grants are over and above money allocated to the states by the US DOT to fund road, transit, maritime and rail projects.

“If you get a TIGER Grant, you’re just adding money to what you normally get under the FAST Act and other programs,” Hansen says. “The Omnibus Appropriations Bill allocated $1.5B to the grant program in FY18, up $1B compared to FY17.

There are 59 grants under the program, meaning every state should theoretically receive a grant which has a $25M maximum grant size.

The TIGER grants will be awarded by the Trump Administration through a competitive process with a significant portion of these grants going to highways, rural areas (60%).

“Even though the program eligibility is broad, the Trump administration will take a narrow view,” Hansen says. “NAPA members should know what grants are being applied for by your states and cities and help garner support for the grants.”

Under the FY18 Omnibus Appropriations Bill, total federal infrastructure spending is up $7B in the asphalt pavement market, that’s a 15% increase. 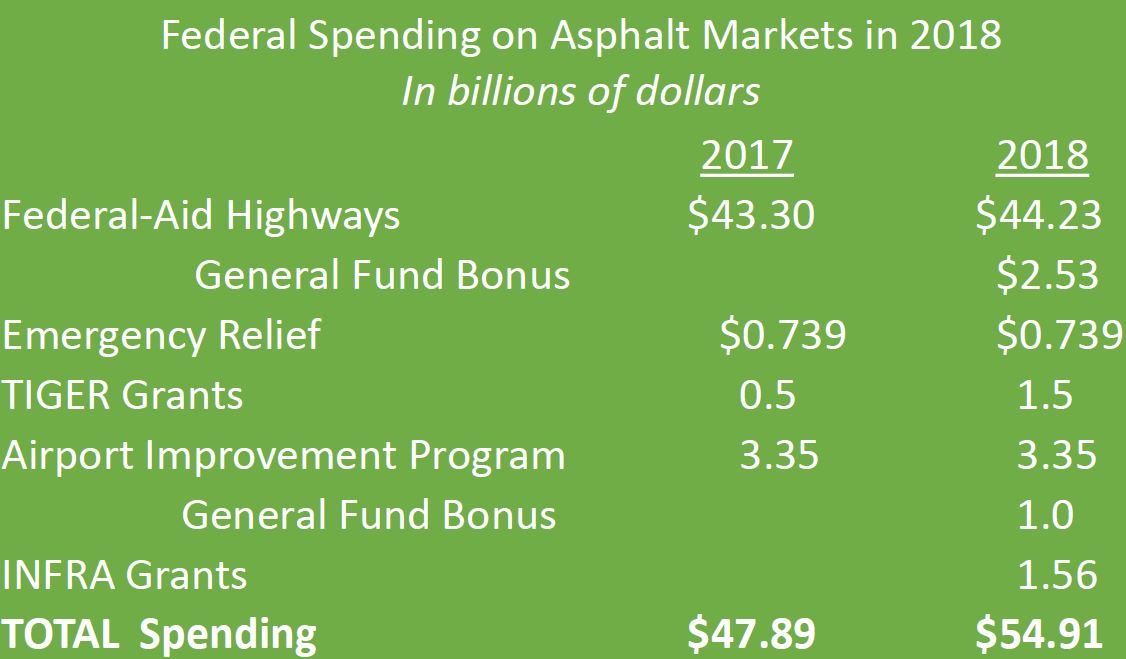 [VIDEO] How the New Federal Budget Divides $21B in Infrastructure Funds