Infrastructure is an early casualty of Washington’s fixation on November mid-term elections. Retiring Speaker Paul Ryan, Senate Majority Leader Mitch McConnell and others are signaling that the $200B federal infrastructure plan is all but dead for 2018 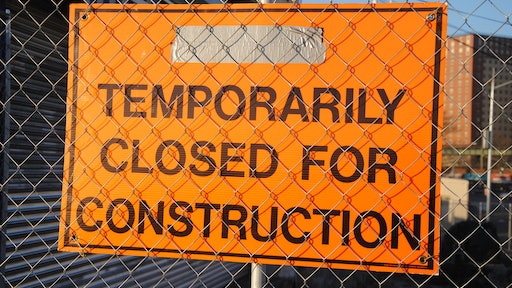 If promises were concrete and asphalt, this country would have the world class infrastructure that President Donald Trump keeps talking about. Unfortunately, it takes careful planning, political will and, most importantly, billions of dollars. All those characteristics are in short supply in the Trump administration.

Infrastructure is an early casualty of Washington’s fixation on the November mid-term elections. Retiring House Speaker Paul Ryan, R-Wis., Senate Majority Leader Mitch McConnell, R-Ky., and others are signaling that Trump’s $200 billion federal infrastructure plan is all but dead for this year.

Even Trump admits infrastructure is dead until 2019—or maybe forever. He has been talking about infrastructure improvements for at least three years since the early days of his candidacy, often calling U.S. roads and bridges akin to “a Third World country.”

"I don’t think you’re going to get Democrat support very much,” Trump said in Ohio recently, before adding: “And you’ll probably have to wait until after the election, which isn’t so long down the road. But we’re going to get this infrastructure going."

Maybe yes, but maybe no. There is the not-so-small area of how to pay for these improvements without resorting to usual Washington bookkeeping and scorekeeping trickery. Truckers and the U.S. Chamber of Commerce briefly floated a nickel-a-year increase in the fuel tax—18.4 cents a gallon on gasoline, 24.4 cents on diesel, unchanged since 1993—but that trial balloon crashed and burned by the no-tax pledge signed by most Republicans in Congress.

So that leaves truckers and other motorists absorbing billions of dollars in delays and repairs due to outdated infrastructure at highways, bridges and intermodal facilities around the country.

American Trucking Associations President and CEO Chris Spear has estimated the trucking industry currently loses nearly $50 billion annually to congestion. “That is unacceptable,” he said recently. “We must unclog our arteries and highways and make our infrastructure safer and more efficient by investing in our roads and bridges.”

Jim Burnley IV, who was Transportation Secretary under Ronald Reagan, said working on an infrastructure program in an election year is a neat political trick—and one just not possible in the current political climate.

With the Highway Trust Fund collapsing, Burnley said, the time is ripe for bold, new thinking. According to the Congressional Budget Office (CBO), from 2021 to 2026 trust fund revenue is projected to total $243 billion. But outlays will amount to $364 billion, resulting in an imbalance of $121 billion. Each year during this period, the trust fund faces shortfalls of between $19 billion to $23 billion, the CBO says.