John Deere Construction & Forestry said that revenue for the division will increase by 80 percent in 2018, 56 points of which will be attributable to the consolidation of Wirtgen’s turnover, the Intermat Paris blog reported 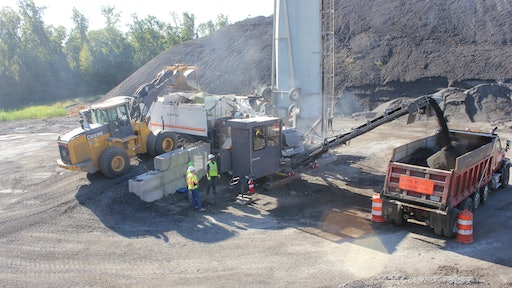 John Deere Construction & Forestry said that revenue for the division will increase by 80% in 2018, 56 points of which will be attributable to the consolidation of Wirtgen’s turnover, an Intermat Paris blog reported.

But the decisions on who will sell exactly what machinery where are still unclear, almost a year after the June 1, 2017, blockbuster announcement of the $5.2 billion deal. In the transaction, Deere added five internationally known brands (Wirtgen, Hamm, Vogele, Kleemann, and Benninghoven) and a host of products it has never had, including milling machines, asphalt and concrete pavers, rollers, and crushers.

Wirtgen’s global distribution network is far different than Deere’s North America-centric model. Deere has a collection of dealer networks and Wirtgen is using a combination of 150 independent distributors and 55 direct-selling subsidiaries.

Ruccolo was non-committal, however, on bringing Deere yellow iron to Europe. “We will continue to globalize the earthmoving business. Everybody refers to Europe,” he said. “But Europe is thirty countries, with different languages.”

He considers the distribution networks to be a “source of development for both entities” but is not considering using Wirtgen branches to sell John Deere machines, the blog said.

You can read more here.