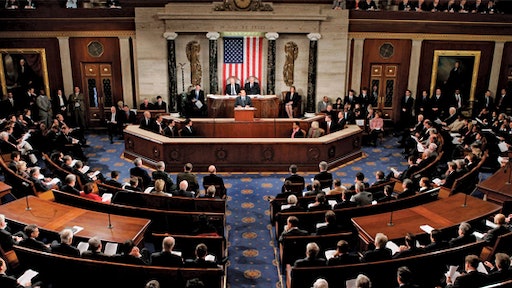 The Senate Transportation, Housing and Urban Development (THUD) and Related Appropriations Subcommittee June 5 unanimously approved legislation that would boost federal highway investment by $1.8 billion in FY 2019. This growth would come on top of a $3.4 billion increase in FY 2018 and result in a 12.2 percent increase over the last two years.

The measure includes a combination of transportation investment increases stemming from the 2015 FAST Act surface transportation reauthorization law and the two-year funding agreement reached earlier this year that calls for at least $10 billion in supplemental infrastructure investments from the federal general fund. Transportation construction programs received a total of $4.85 billion from this agreement in FY 2018.

While the text of the legislation is not yet available, THUD Subcommittee Chairman Susan Collins’ (R-Maine) opening statement highlighted details about the bill’s content.

A summary of the Senate proposal and its comparison to previous years and authorized investment levels is below. 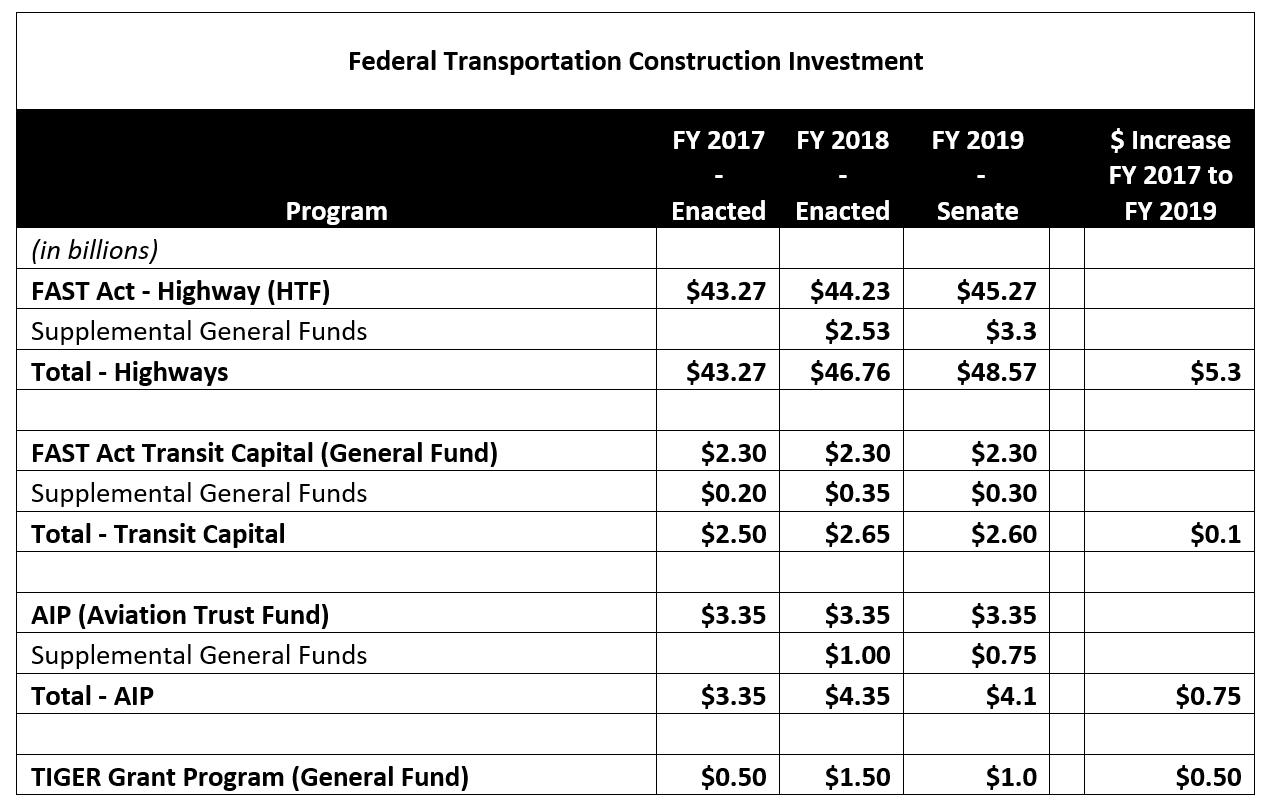