The "minibus" bill approved by the Senate includes $45 billion in funding (consistent with FAST Act levels) from the Highway Trust Fund for federal-aid highway programs, along with an additional $3.3 billion transfer from the general fund 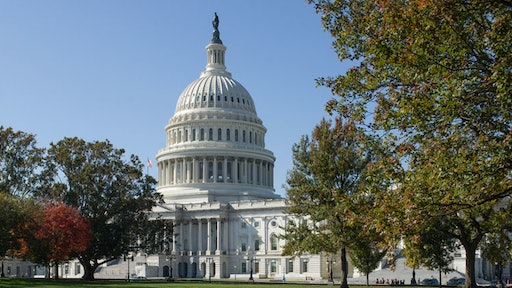 The FY 2019 THUD Appropriations bill approved by the Senate includes $45 billion in funding (consistent with FAST Act levels) from the Highway Trust Fund for federal-aid highway programs, along with an additional $3.3 billion transfer from the general fund. The bill also includes $1 billion for Better Utilizing Investments to Leverage Development (BUILD) grants and $17.7 billion for the Federal Aviation Administration, with $3.35 billion for Airport Improvement Program (AIP) grants and an additional $750 million in AIP discretionary funds.

The Senate also adopted a “manager’s package” of 46 amendments by voice vote on all four appropriations bills in the minibus, including 12 related directly to the THUD funding bill.

One of those amendments cut $52 million from the Transportation Infrastructure Finance and Innovation Act funding to extend the spending deadline for certain fiscal 2012 TIGER projects; a program that underwent a name change in April and is now called the Better Utilizing Investments to Leverage Development or BUILD Transportation grants program.

Another amendment prohibits procurement of transit rail cars and buses from companies owned or subsidized by the Chinese government, while a third blocks funding of Federal Transit Administration policy changes to its Capital Investment Grants or CIG program – a source of controversy ever since the FTA issued a “dear colleague” letter regarding CIG funding formula changes on June 29.

Aside from those amendments, the funding levels for various transportation agencies and activities in the original bill approved by the Appropriations Committee remained in place in the final bill passed by the Senate: