More than 85% of all apprenticeship enrollment in Illinois is in the construction sector, making the industry’s apprenticeship system one of the state’s largest privately-financed post-secondary institutions 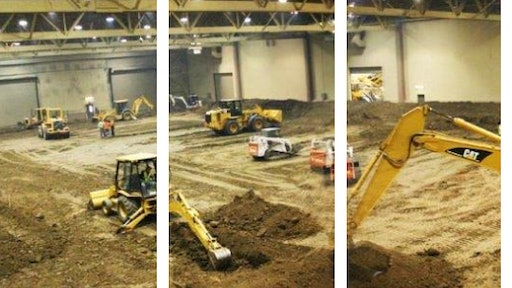 From the number of training hours and graduation rates, to the diversity of classes and the lifetime earnings of graduates, Illinois’ joint-labor management construction apprenticeship programs are rivaling– and in some cases exceeding– the performance of the state’s colleges and universities, according to a new study from the Illinois Economic Policy Institute (ILEPI) and the Project for Middle Class Renewal (PMCR) at the University of Illinois at Urbana-Champaign.

“Every year, thousands of Illinois residents enroll in apprenticeship programs as a tuition-free alternative to college,” said study co-author and ILEPI Policy Director Frank Manzo IV.  “Including up to six years of classroom instruction and on the job training, these programs play a vital role in producing workers with in-demand skills for today’s economy and give participants the extraordinary opportunity to earn while they learn.”

More than 85% of all apprenticeship enrollment in Illinois is in the construction sector, making the industry’s apprenticeship system one of the state’s largest privately-financed post-secondary institutions.  Of those apprentices, 97% are enrolled in programs administered jointly by labor unions and their signatory contractors (“joint labor-management programs”) and fully funded by privately negotiated cents-per-hour contributions from employers.

The industry also has “employer-only” programs that are administered by companies or trade associations. Employer-only programs rely on voluntary contributions from contractors, who often have an incentive to forgo long-term workforce training investments in order to win project bids. Utilizing data from the U.S.

Department of Labor, the study outlines key performance distinctions between the two types of programs, summarized in the first table.   The second table compares the performance of construction apprenticeship programs alongside Illinois’ other major post-secondary institutions.

“Joint labor-management apprenticeships are clearly the best-in-class model, and are far outperforming employer-only programs on every available measure,” said study co-author and PMCR Director Dr. Robert Bruno. “In fact, the data shows that joint construction programs are delivering a more robust training regimen than other post-secondary institutions, and equal or greater lifetime earnings for their graduates.”

The total number of active apprentices in Illinois has grown by 34% since 2011. While most apprenticeships are concentrated in historically male-dominated industries, such as construction, manufacturing, transportation, and wholesale trade, the U.S. Department of Labor data shows that graduates are increasingly reflecting the racial diversity of Illinois as a whole.

Specifically, Manzo and Bruno called for expanded development of pre-apprenticeship coursework at public high schools and community colleges, expanded access to child care to boost female participation in these programs, and promotion of a new state tax credit for businesses that invest in apprenticeship training.

How to Create an Apprentice Program for Your Workers