A new report published by the National Wildlife Federation and Allied World, explores the value of nature-based infrastructure for hazard risk reduction as an alternative to conventional approaches and highlighted porous pavements as one solution 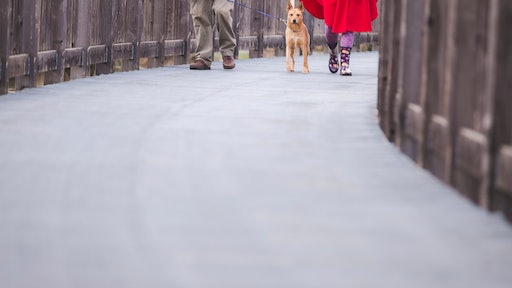 A report from the National Wildlife Federation (NWF), titled The Protective Value of Nature, summarizes the latest science on the effectiveness of natural infrastructure in lowering the risks to communities from weather- and climate-related hazards.

The report indicates that natural infrastructure, known as those areas or systems that are either naturally occurring or naturalized and then intentionally managed to provide multiple benefits for the environment and human well-being, offer numerous additional benefits to society. The report says they provide for the provision of food and clean water for people and habitat for fish and wildlife, to recreational opportunities as well as cultural and spiritual fulfillment.

So what does that have to do with asphalt? Well according to the NWF, quite a bit. Green infrastructure, such as permeable and porous pavements are well known to help reduce flooding risks. These pavements collect stormwater runoff in strategic areas which keep the water as close as possible to where its generated. This slows the flow of runoff and facilitates absorption for the soil and vegetation directly surrounding the area instead of passing the water downstream which can cause flooding.

In Portland, OR, investments in "green streets" (i.e. those that use pervious surfaces) along with rain barrels and tree planting, have been estimated to be 3-6 times more effective in managing stormwater per $,000 invested compared with conventional methods.

The city has invested $8 million in these type of projects and they estimate they have save over $250 million in avoided hard infrastructure costs. In addition, the city's green streets projects retain and infiltrate nearly 43 million gallons of water per year and have the potential to manage as much as 8 billion gallons. That's 40% of Portland's annual runoff volume.

What is a Porous Asphalt Pavement? Learn more here.