The continuing resolution released by the House would authorize the transfer of $10.4 billion to the Highway Trust Fund from the general fund for highways and another $3.2 billion for transit. 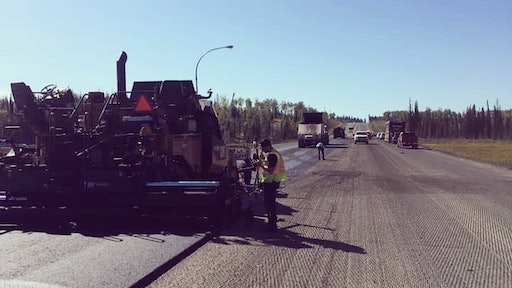 House Democrats have unveiled a Continuing Resolution (CR) for FY202 that would fund federal government programs from the beginning of fiscal year 2021 on October 1 through December 11. Key for state departments of transportation is that a proposed extension of current surface transportation funding legislation – the Fixing America’s Surface Transportation or FAST Act. The CR would offer a one-year extension of current surface transportation authorization funding levels and would authorize the transfer of $10.4 billion to the Highway Trust Fund from the general fund for highways and another $3.2 billion for transit.

This one-year extension of current surface transportation funding legislation gives state DOTs a sense of “certainty” they need for planning, letting and building projects through the 2021 construction season but experts say it's not enough.

“While equipment manufacturers had hoped for a multi-year surface transportation bill with strong bipartisan support in both the House and the Senate, we are encouraged that the Continuing Resolution at least provides the certainty of a one-year extension that our infrastructure network, the U.S. economy, and our industry so desperately need," said Dennis Slater, president of AEM. "However, we are disappointed that the stopgap measure did not include critical funding increases to programs, as well as emergency funds for state departments of transportation. We urge Democrats and Republicans in both chambers to set aside their differences and immediately get to work on a long-term, comprehensive infrastructure bill that boosts investment in surface transportation networks, as well as our nation’s other infrastructure assets."

Reps. Peter DeFazio (D-OR) and Sam Graves (R-MO), leaders of the U.S. House of Representatives’ transportation policy panel, expressed agreement on the merits of a one-year extension of the country’s soon-to-expire highway law, but realized more needed to be done.

“While we had hoped to reach an agreement between the House and the Senate this year on a modern, multi-year surface transportation bill that moves our country forward, the single most important factor right now is providing certainty to states and local governments that are under the strain of both the pandemic and the resulting economic downturn,” DeFazio said in a statement. “With this one-year extension in place, we can continue work on a long-term, transformational bill that significantly boosts investment in our surface transportation network and moves our transportation systems into the 21st century.”

According to an analysis by the AASHTO policy team, the FAST Act extension within the CR provides:

The fate of this CR remains uncertain as the House’s Democratic leadership continue to negotiate with the White House.