After the House rejected Senate changes, senators voted 81-13 for a $10.9 billion bill to fund highway projects, but will need to revisit the issue again in May 2015. 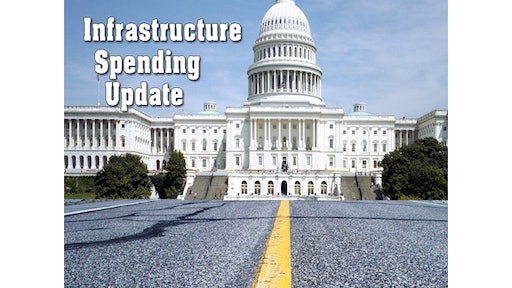 Earlier in the week, the Senate voted to amend the House-passed Highway Trust Fund bill, changing the length of the extension to December to pressure lawmakers to come up with a long-term solution after the midterm elections.

Senate Finance Committee Chairman Ron Wyden (D-Ore.) said it would have been “legislative malpractice” for the Senate to simply accept the House version without attempting to put its own stamp on the bill, but in the end there were enough senators to pass the House bill as is.

“Congress needs to act immediately to prevent a shortfall in the Highway Trust Fund … Thousands of jobs are at stake here,” ranking member Orrin Hatch (R-Utah) said ahead of the vote. “The only viable solution is for the Senate to take up the House bill and pass it. … We don’t have any other options if we want to get this done before the recess.”

The bill now heads to President Obama’s desk for his signature. The White House has said it will accept the House legislation but would have preferred a $302 billion four-year extension of highway funding.

Wyden said the House action was clear that is was “our way or no highway.” If the Senate hadn’t acted this week, the Highway Trust Fund would have gone bankrupt during the August recess.

The House’s nine-month extension relies on so-called “pension smoothing” — a proposal that budget experts across the ideological spectrum have dubbed a budget gimmick — and boosting customs user fees to extend highway funding.

But Wyden suggested that less money should be used out of both those policies, and instead use tax revenue to pay for the shortfall, such as increasing tax compliance on home mortgage interest.

Republicans have objected to the Senate approach, arguing Congress should not empower the IRS, after its mishandling of applications for tax-exempt groups.

Speaker John Boehner (R-Ohio) also pointed out that the amended bill the Senate sent back to the House had a $2 billion shortfall because of a typo in the legislation.

The trust fund gets its money from the 18.4-cents-per-gallon gas tax, which has struggled to keep pace with infrastructure spending. Some lawmakers have proposed raising the gas tax — which hasn’t been increased in more than 20 years — in a six-year funding bill in order to avoid more shortfalls in the future.

AED: Passage of Highway Stop-Gap No Reason to Celebrate