Distributors such as IMOCOM, BEKA S.A. and Tekno Bomba S.A. won Putzmeister "International Distributor of the Year" awards at a special event during the 2014 CONEXPO trade show. 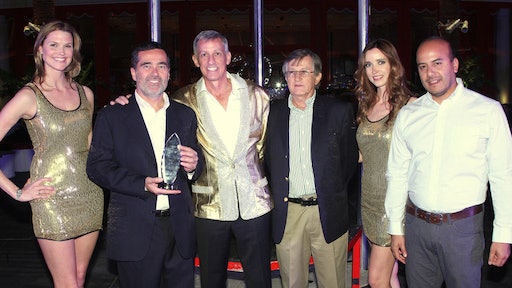 “Our distributors are vital to our company’s success and customers’ satisfaction,” said Adams. “We appreciate all of our distributor partners for their continued support and look forward to many more years of collaboration and innovation.”

“We are fortunate to have a dedicated dealer network in the America's who are partners in our mutual success at Putzmeister,” added Marcos Aguilar, vice president of sales? for Latin America and the Caribbean. “Recognizing their 2013 achievements amongst their peers and in front of our customers is a great pleasure.”

Gerald Karch, CEO of Putzmeister Holding GmbH, also spoke at the event, thanking customers for their loyalty, and congratulating Putzmeister’s partners on their accomplishments.