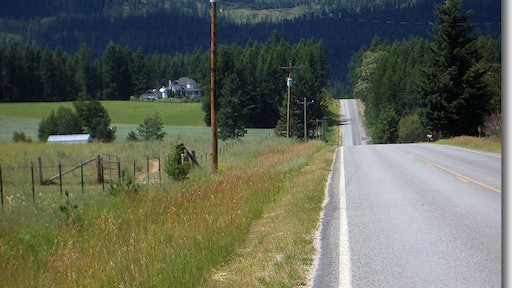 TRIP (The Road Information Program) recently released an important study, "Rural Connections: Challenges and Opportunities in America's Heartland." Like the rest of the country, the research shows that rural America needs infrastructure upgrades.

America's rural heartland plays a vital role as home to a significant share of the nation’s population, many of its natural resources, and popular tourist destinations. It is also the primary source of the energy, food and fiber that supports America’s economy and way of life. The strength of the nation’s rural economy is heavily reliant on the quality of the transportation system, particularly the roads and highways that link rural America with the rest of the U.S. and to markets in other countries.

The economy of rural America rides on the quality and connectivity of the rural transportation system, which supports quality of life for the approximately 61 million Americans living in rural areas. Good transportation is essential to rural areas to provide access to jobs, to facilitate the movement of goods and people, to access opportunities for health care and educational skills, and to provide links to other social services. Transportation supports businesses and is a critical factor in a company’s decision to locate new business operations.

For communities that rely on tourism and natural amenities to help support their economy, transportation is the key link between visitors and destinations.

Roads, highways, rails and bridges in the nation’s heartland face a number of significant challenges: they lack adequate capacity, they fail to provide needed levels of connectivity to many communities, and they are not adequate to accommodate growing freight travel in many corridors.

The report found that rural roads and bridges have significant deficiencies, they lack many desirable safety features, and they experience fatal traffic crashes at a rate far higher than all other roads and highways. The report looked at the condition, use and safety of the nation’s rural transportation system, particularly its roads, highways and bridges, and identified needed improvements.