Rhode Island Infrastructure Plan Could Create 12,000 Construction Jobs Per Year Over Next Decade

RhodeWorks would invest an additional $1.1 billion above current plans in transportation infrastructure over the next decade 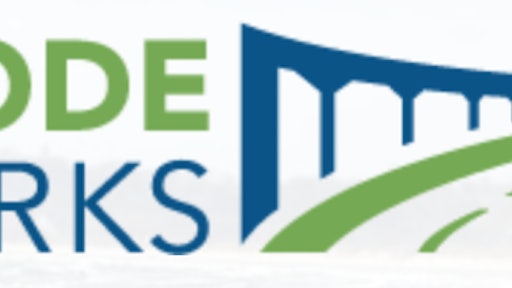 Rhode Island's RhodeWorks plan would accelerate the rebuilding of the state's crumbling roads and bridges by investing an additional $1.1 billion above current plans in transportation infrastructure over the next decade.

Rhode Island ranks 50th out of 50 states in overall bridge condition and has lost 1,200 jobs in the construction sector over the past three months. RhodeWorks is focused on solving these two problems at once, with the potential to create about 12,000 job-years over the next decade and make the state a more attractive place for businesses.

"While deteriorating roads and bridges is a problem nationwide, Rhode Island ranks last for the overall condition of our bridges," said Raimondo. "The longer we wait to address this problem the more expensive it will become to fix. Our RhodeWorks proposal will not only help keep Rhode Islanders safe but it will also grow our economy, create jobs, save over $1 billion in projected future costs, and make the state a more attractive place for businesses to invest."

"Infrastructure is a critical component of rebuilding our economy and improving our job climate," said House Speaker Nicholas A. Mattiello. "The proposal by Governor Raimondo is an investment in economic development, while getting people to work in the construction trades. Being ranked at the bottom of states with deficient bridges is a disincentive to businesses looking to locate in our state. The House Finance Committee will hold a public hearing and review the details carefully in the weeks ahead."

"Governor Raimondo is making a very exciting proposal to put in place a system that will repair Rhode Island's crumbling roads and bridges while reducing long-term costs on taxpayers and motorists," said Senate President M. Teresa Paiva Weed. "The Senate looks forward to examining the details of the proposal, including any potential impact on Rhode Island businesses. It is vital to Rhode Island's economic wellbeing that we invest in our transportation infrastructure. The Governor's bold action plan aims to put thousands of Rhode Island construction workers back on the job now, while ensuring that roads and bridges are in good repair well into the future."

RhodeWorks funds will be used to fix more than 150 structurally deficient bridges and make repairs to another 500 bridges to prevent them from becoming deficient. Under the status quo, Rhode Island will never meet federal standards for our roads and bridges. Under this accelerated plan, we are projected to reach 90 percent structural sufficiency of our bridges by 2024.

"The shabby condition of our highways, roads and bridges is a serious impediment to economic growth that must be addressed quickly and completely," said Laurie White, president of the Greater Providence Chamber of Commerce. "To put the urgency in context, 'highway accessibility' ranked as the most important factor to U.S. corporate site selectors in a comprehensive survey by Area Development magazine, up from its second place ranking in the previous year's study. They note that the availability and condition of roads to, from, around, and away from America's manufacturing facilities, distribution centers, industrial parks, and office complexes has become a more important economic development issue for the nation. States and communities that make the investments in increasing road infrastructure, and in existing infrastructure, will be in better shape for economic development. Governor Raimondo, Speaker Mattiello and Senate President Paiva Weed are taking on another important mega-issue. The Chamber will provide relevant feedback from the business community on specific costs, impact and implementation."

"Any way you look at it, this RhodeWorks proposal makes sense," said Abel Collins, Vice-Chair of the RI Sierra Club. "It's only fair to ask the big trucks that are tearing up our roads to pay their share in fixing them, and, as those repairs are made with good paying jobs, to modernize our transportation system with transit investments that will support long term economic development and reduce tailpipe emissions."

"As the Governor has said many times, we need to get shovels in the ground to get Rhode Island's economy moving again," said President of the Rhode Island Building and Construction Trades Council Michael Sabitoni. "This proposal has the potential to create thousands of jobs over the next decade - jobs that will put money directly in the pockets of working families who will support our local economy. And the proposal will significantly repair our neglected and crumbling highways, improving how businesses and visitors view our state."

"One of the key things businesses look for when deciding where to locate is quality infrastructure," said chairman of the GTECH Corporation Donald R. Sweitzer. "We certainly need significant work on our roads and bridges in Rhode Island, and I applaud Governor Raimondo and the presiding officers for demonstrating the leadership necessary to address this critical need."

"Rhode Island's transportation infrastructure is directly tied to our economic strength," said Chief Executive Officer of Deepwater Wind Jeff Grybowski. "As a business leader, I know our road and bridge conditions make it harder to attract other businesses to the state to boost the economy. We are pleased to see the Governor, Speaker, and Senate President acting with urgency to repair our roads and bridges and spark Rhode Island's comeback."

"Our infrastructure is in critical condition, ranking last among the 50 states in the percentage of structurally deficient bridges," said Director for the Department of Transportation Peter Alviti. "The longer we wait, the more expensive these repairs become. By accelerating funding for repairs, our bridges will reach 90 percent structural sufficiency by 2024 and we can save $1 billion by meeting federal highway safety standards earlier."

A $700 million proposed revenue bond will accelerate the reconstruction of bridges and prevent additional bridges from falling into disrepair. A user fee for large commercial vehicles will generate the necessary revenue to pay off the bond. The plan explicitly prohibits RIDOT from placing a user fee on cars, motorcycles, SUVs, pick-up trucks and small commercial vehicles.

Beyond bridges, RhodeWorks also reflects a new commitment toward providing increased bus and rail service as well as funding for bike lanes and accessible sidewalks. It includes a proposal to construct an express bus lane as part of the 6/10 interchange reconstruction, and it seeks to attract an additional $400 million in federal matching funds for public transit.