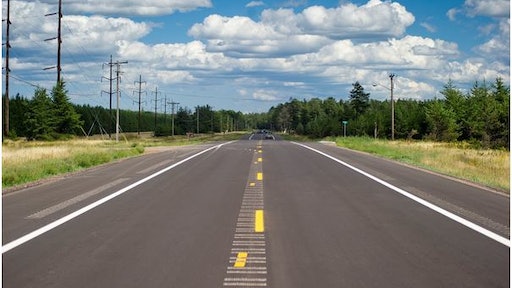 A recently completed study shows that rumble strips are proving to be an effective and low-cost way to reduce crashes on Michigan's state highways.

"This study is one of the largest and most comprehensive investigations of effectiveness of any safety countermeasure that has ever been performed at a state level," said Tapan Datta, a WSU civil engineering professor and principal investigator of this research project. "Analyzing all of MDOT's two-lane high-speed highways with rumble strip treatments targeted to alleviate lane departure-related traffic crashes makes the results real and reliable. They can be used by other states to establish their own rumble strip programs."

''Rumble strips are a proven and cost-effective countermeasure to lane departure crashes brought on by driver drowsiness, distraction, and/or inattention,'' the report said. ''We can project … this initiative in Michigan will result in an annual reduction of 337 crashes, saving 16 lives, and 62 serious injuries each year.''

These safety gains aren't coming at great cost to taxpayers. The report's economic analysis of the rumble strip program showed a high benefit-to-cost ratio. Depending on how the cost was spread out over time, the ratio was between 58:1 and 18:1. Researchers estimated a total safety benefit of more than $79 million over three years.