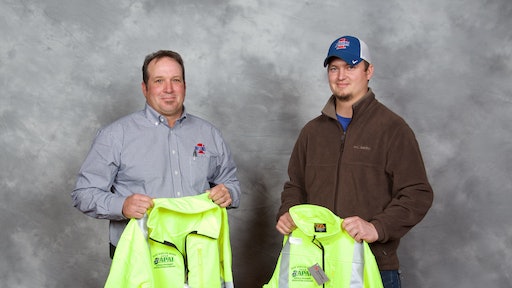 Safe Worker Awards were presented by the Asphalt Pavement Association of Indiana (APAI) at its Annual Awards Luncheon held December 10th at the Marriott East in Indianapolis. Eighteen individuals received a Safe Worker Award during the luncheon sponsored by Tobias Insurance Group. Winners were determined using the following criteria:

“The APAI is pleased to recognize all 18 of our individual honorees from the six member firms that support this unique program,” says William Knopf, APAI executive director.  “While most safety programs in the construction industry are company awards, the APAI Safe Worker awards instead focus on the individuals who lead the way by demonstrating their personal commitment to a safe highway construction project for the benefit of their colleagues, their customers and the traveling public.”