At the current pace of bridge investment, it would take at least 21 years before they were all replaced or upgraded. 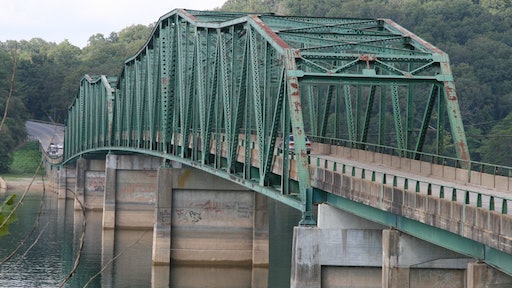 There’s good news and bad news to report about the condition of America’s bridges. The good news is there were 2,574 fewer structurally deficient bridges in 2015 compared to the number in 2014. The bad news is there are still 58,500 on the structurally deficient list — and at the current pace of bridge investment — it would take at least 21 years before they were all replaced or upgraded. Those are among the key findings in a new analysis of the U.S. Department of Transportation’s recently-released 2015 “National Bridge Inventory” database.

The American Road & Transportation Builders Association (ARTBA), which conducts the annual review of state bridge data collected by the federal agency, notes that if placed end-to-end, the deck surface of the nation’s structurally deficient bridges would stretch from New York City to Miami (1,340 miles).

To help ensure public safety, bridge decks and support structures are regularly inspected by the state transportation departments for deterioration and remedial action. They are rated on a scale of zero to nine—with nine meaning the bridge is in “excellent” condition. A bridge is classified as structurally deficient and in need of repair if its overall rating is four or below. Unfortunately, the funding made available to state and local transportation departments for bridge work is not keeping pace with needs.

While these bridges may not be imminently unsafe, the purpose of the report, the association said, is to help educate the public and policymakers that they have structural deficiencies that need repair.

Almost all of the 250 most heavily crossed structurally deficient bridges are on urban highways, particularly in California. Nearly 85 percent were built before 1970.

Black notes the recently-enacted five-year federal highway and transit law provides a modest increase in funding for bridge repairs. But “the funding made available won’t come close to making an accelerated national bridge repair program possible,” she said. “It’s going to take major new investments by all levels of government to move toward eliminating the huge backlog of bridge work in the United States.”

Case Grant to Supply $25,000 in Equipment Use to Infrastructure Project