The 2017 tax act eroded US economic resources that are now necessary to rescue our economy from the impact of the pandemic's accompanying recession; here are some ways President Biden will propose to roll back some of its give-aways 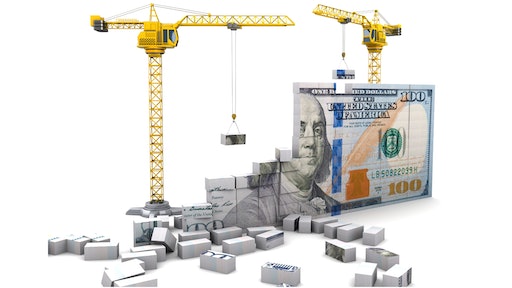 The Biden Administration will likely focus initially on crises such as pandemic response and the struggling economy, but it won’t be long before it will turn its attention to tax reform.

A blog from the Brookings Institute points out that The Tax Cuts and Jobs Act of 2017 spurred the country’s soaring national debt and created a reflective decrease in the government’s ability to respond to last year’s recession. The Congressional Budget Office estimates the legislation’s provisions will increase the deficit $1.3 trillion over 10 years.

During the campaign, President Biden indicated he would work to roll back parts of the TCJA that the Democrats consider budget-busting tax breaks for corporations and high-net-worth-individuals. Here are some details that have been discussed:

A Grant Thornton tax alert explains that Biden has proposed a corporate rate of 28%, significantly higher than the current corporate rate, but well below the former 35% rate that many other Democratic presidential candidates championed.

Increasing the top corporate tax rate to 28% would represent a 33% boost in today's rate, but CFODive.com makes the point that it would still be below the 35% top rate in place prior to the 2017 law. It would also be below the typical comparative rate in Europe.

The TCJA removed the corporate Alternative Minimum Tax, which Biden has proposed reinstating, requiring corporations with $100 million or more in income to pay the standard rate or a 15% minimum tax, whichever is higher.

Biden has also proposed changes to qualified business income (QBI) deductions, according to BloombergTax.com. Under the current law, which is set to expire on Dec. 31, 2025, non-C-corporation taxpayers are permitted to deduct 20% of QBI from either pass-through entities or qualified real estate investment trusts. President-elect Biden could phase out these QBI deductions for those earning over $400,000.

“This isn’t 2017 – this is different,” Tony Nitti, CPA and partner in RubinBrown’s Tax Services Group told CNBC.com, recalling how Republicans had control of the Senate that year and were able to push forward the Tax Cuts and Jobs Act.

“There’s a 50-50 tie at best, and every Democratic Senator has veto power over the bill,” he said, noting moderate Democrats like Sen. Joe Manchin, D-W.Va., might be less likely to go along with a tax increase in a pandemic.

“Couple that with a thinner majority in the House and set it against the backdrop of the global pandemic, and it’s really hard to envision a scenario where sweeping changes get done in that environment.”