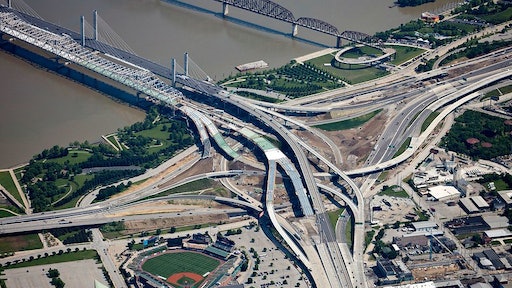 President Donald Trump took action to speed development of a wide range of commercial construction projects by cutting back federal review of their environmental impact. It remains uncertain whether an executive-branch rulemaking that alters a law can withstand legal challenge.

Coverage below compiled from the Associated Press, Associated Builders & Contractors, The Hill, and the New York Times outlines the story:

“The United States can’t compete and prosper if a bureaucratic system holds us back from building what we need,” Trump said. The Associated Press reports the president announced the proposed regulatory rollback January 9, 2020, surrounded by Cabinet secretaries, industry leaders and workers in hard hats.

Trump’s proposal calls for greatly narrowing the scope of the half-century-old National Environmental Policy Act, signed by Republican President Richard Nixon in 1970. It was one of the first of that era’s fundamental environmental laws, along with the Clean Air Act and Clean Water Act, that spelled out the country’s principal protections.

That National Environmental Policy Act required federal agencies to consider whether a project would harm the air, land, water or wildlife. It also gave the public, including people living in the neighborhood around a proposed dam, pipeline or other big project, the right of review and input. Congress said at the time that the nation was moving to “fulfill the responsibilities of each generation as trustee of the environment for succeeding generations.″

Other changes including giving federal agencies no more than two years to evaluate any environmental impact of a project.

ABC supports the modernization of these critical regulations and believes that these enhancements will go a long way toward eliminating unnecessary delays that cause budget overruns in construction. Creating a coordinated, predictable and transparent process to streamline permitting will enable the industry to plan and execute even the most complex projects while safeguarding our communities, maintaining a healthy environment and being good stewards of public funds.

“America’s most critical infrastructure projects have been tied up and bogged down by an outrageously slow and burdensome federal approval process,″ Trump said. “The builders are not happy. Nobody’s happy.″

American citizens who are concerned with environmental quality have, nevertheless, been happy with the National Environmental Policy Act.

Sen. Tom Carper (D-Del.), ranking member of the Senate Environment and Public Works Committee, equated the Trump administration’s proposed changes to “allowing companies to prepare their own environmental impact statements. We should not be giving self-graded take home exams to polluting companies. And allowing merely 60 days for public comment on these sweeping changes is not nearly enough time to fully consider its broad, far-reaching implications.”

The proposal will be open for public comment Until March 10. You may submit comments by going to https://www.regulations.gov/ and following the online instructions for submitting comments to Docket ID No. CEQ-2019-0003.

If implemented, the proposed rule is nearly certain to face legal challenges.

Richard L. Revesz, a professor of environmental law at New York University, told the New York Times he did not believe the changes would hold up in court. The National Environmental Policy Act requires that all the environmental consequences of a project be taken into account, he said, and that core requirement cannot be changed by fiat.

“A regulation can’t change the requirements of a statute as interpreted by the courts,” Mr. Revesz said. In fact, he argued, under the Trump administration’s guidance, federal agencies are more likely to be sued for inadequate reviews, “leading to far longer delays than if they had done a proper analysis in the first place.”

William K. Reilly, the administrator of the Environmental Protection Agency under President George Bush, said of the changes, “This one hits home for me.” He wrote the first regulations for environmental impact statements as a White House aide in 1970.

The National Environmental Policy Act, he said, has been “very important” in preventing environmental harm on major infrastructure projects. He particularly took issue with Mr. Trump’s remarks Thursday that other countries “look at the United States and they can’t believe” the restrictions on development.

“It has been a model,” Mr. Reilly said of the law. “It’s one of those things that other countries around the world have copied and admired.”

Have a nice hot lunch out on the jobsite with an electric lunch box.
Kimberly Hegeman
December 11, 2020

November is National Entrepreneurship Month, and even if you're not in the market to start a new business you can find outlets for your entrepreneurial spirit
Kimberly Hegeman
November 14, 2019
Follow Us