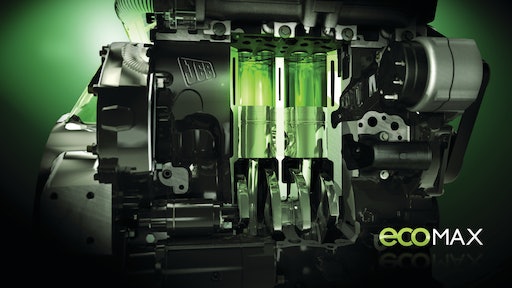 JCB announced it can conform to Tier 4 Interim regulations through the use of its patented in-cylinder technologies.

Just when it looked as if the dog days of this record hot summer were passing too slowly, and I was trying to decide if maybe Al Gore was right after all about global warming, things got really interesting. Unfortunately, most of the interesting stuff is related to emission regulations and not new methods to move dirt. But it is interesting and maybe revolutionary, as well. In my opinion, it could be a game changer for JCB, and will change the playing field for the companies competing against it in the small and medium product ranges.

The announcement is that JCB can conform to Tier 4 Interim regulations through the use of its patented in-cylinder technologies alone. That basically means the company has an extremely efficient cylinder and piston design that swirls fuel around at an injection pressure of 29,000 psi, and when the mixture ignites, there are few if any particulates.

Included on the new Ecomax engine is a common rail injection system and a variable geometry turbocharger. Cooled exhaust gas recirculation is used to further reduce emissions, passing a small amount of the exhaust gas back through the engine to cool the combustion process and reduce Nitrogen Oxide (NOx) within the cylinder. Like all Tier 4-compliant engines, the engine requires ultra-low sulphur diesel (ULSD) fuel to achieve the low emissions.

To ensure cleanliness of the fuel going into the engines, there will be upgraded fuel and air filters, plus the engines will require a 5-micron water separator and fuel filter for the fuel supply line to supplement the 2-micron engine filter. In addition, a crankcase ventilation filter must be used, which will require replacement at 1,500-hour intervals. The Ecomax models will be able to run on standard engine oils, however, and will have the same 500-hour service intervals as the previous models.

It is estimated that there will be a increase of 5 cents per hour over a typical 6,000-hour ownership period for a backhoe-loader -- an amount that the company believes will be offset by the fuel economy and productivity benefits.

In my view, the game changer part of this announcement is that the Tier 4 Interim technology used by JCB allows the company or its dealers to sell a low-cost kit to recalibrate the electronic control unit so the engine can be operated in countries where poor quality (higher sulfur) fuels are used. The engine will then be fitted with a non-compliant label.

The kit keeps the exhaust gas recirculation valve closed (reducing potential sulphur damage), reduces fuel injection pressures and reduces the variable geometry turbocharger range. To limit abuse of the use of these kits, the company is putting in place a robust procedure to ensure that recalibration only occurs for units being resold to countries where low-sulphur fuel is not available.

How can this change the game? After new machines have reached their useful economic life and the owner is ready to buy a new one, about 50% to 60% of the sizes and types of machines in the JCB range are sold at auction. A very high percentage of buyers are from Latin America, Africa or other less developed countries that do not have ULSD fuel available.

It is likely that residual values of most if not all of the Tier 4 Interim and Tier 4 final machines that are being sold today will be much lower than in the past or will go to zero unless the machines can be modified to burn high-sulphur diesel fuel. Tinkering with emission devices while the machines are in the U.S. is illegal. JCB has taken away this problem for buyers of its new Tier 4-equipped machines.

New JCB machines, as well all the other brands that are Tier 4 compliant, will cost more than Tier 3 machines because of all the complex components on the machines. Owners will have to get used to the fact that residual values in general will be on the decline. However, if the JCB machines can be easily converted for use with higher sulphur fuels, as the company claims, it is likely these machines will retain more of their residual value than other brands. It will be one less thing the owner has to worry about. His machine will be saleable in the market no matter where that may be.

It would be naive to think that the competition will sit idle and not respond to JCB’s strategy. But it will take time and in some cases it may be impossible for companies to respond with similar kits.