The single most powerful trick for supercharging your bottom line. 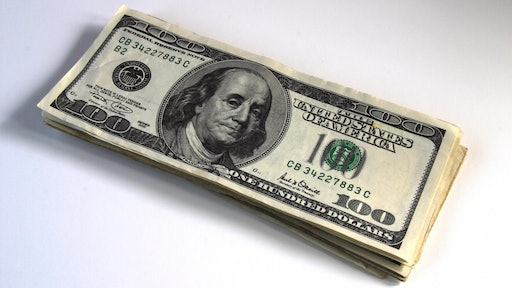 What I'm going to share with you today is the single most powerful trick I know for supercharging your bottom line.

At some point in time, if you are going to grow your construction business beyond $2 million, you are going to need someone working on sales full time. Now, maybe sales is your thing and you want to do that full time. Fantastic. It's almost always best when a business owner is committed to selling. But even if you sell successfully, you may still end up wanting to add another salesman.

If sales isn't your thing, then you will definitely need to hire a salesman. Either way, you are going to be faced with a critical decision. How should you pay your new salesman?

All of these are commonly used approaches. Not one of them is likely to produce the profit results you seek. If you let your salesman have his way, he will want a draw plus commission. Most will ask for a pretty stout draw and a relatively modest commission based on revenue sold. Don't agree to that!

Draw plus commission lines the pockets of your salesman regardless of whether he is making you any money. The purpose of draw plus commission is to drive sales volume. Don't fall into the trap of thinking sales volume is important. You need your salesman to focus on PROFITABLE work. Let your competition sell the unprofitable work. That's work you don't want, and you certainly don't want your own salesman bringing it to you.

How do you get your salesman to chase profitable work? You align his pay to profit. Put in place a pay plan that rewards him for profitable work and punishes him for unprofitable work. Basically, make him a pseudo-partner. It is surprisingly easy to do and I'm going to show you how.

With this approach your salesman will be highly motivated to ask for the highest price possible. He will not leave $100 on the table because with a 20% commission, he would be leaving $20 behind. An example will drive the point home quite clearly.

Let's say your salesman has estimated a job's direct costs will run $10,000. Let's look at how the usual approach, draw plus commission, compares against my recommended approach for driving desired sales behavior.

The salesman being compensated with the standard salary plus 2% of sales has little incentive to risk losing a sale by raising price. If he sold the job at cost, he would earn a $200 commission. If he sold the job for $15,000, he would earn a $300 commission. He only makes an extra $100 for substantially increasing the likelihood of losing the job.

Motivation to focus on qualifying customers

Due to the potential windfall he can earn, he will become a master at qualifying customers. He will not spend time on price sensitive customers. He will aggressively pursue the customers who value your company's superior services and are willing to pay for them.

Look at what you get when you are paying a 20% commission on gross profit. You pocket $4,000 for every $5,000 of gross profit your salesman generates. Sure, a great salesman will make a killing with this type of pay plan, but you're going to make an even greater killing.

You want your salesman earning $200,000 because that means he contributing $800,000 to your OH&P. Imagine having four such salesmen in your company. How well off would you be?

This is the type of pay plan that will draw top salesmen like flies. Where else in the construction industry, or any industry, are they going to have a chance to make that kind of money?

In summary, the best way to supercharge your bottom line is to implement a sales commission plan that rewards your sales force for generating gross profit. In doing so, you will make sure that they have your best interest in mind.

*This article was originally published in 2008 and updated in 2020.