These strategies for motivating employees can be used as a guide to empower your people to improve and if they can't - then leave. 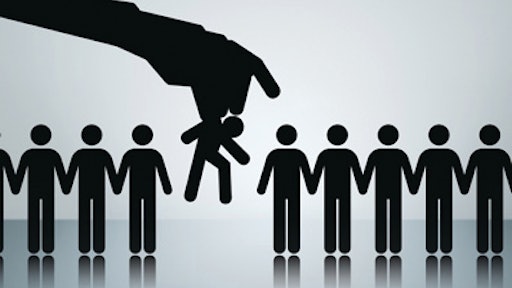 A client of mine, the President of a civil services contractor, had a project manager who was not staying on top of his projects.  He was reactive, not proactive, and this was causing a number of problems.  Among other issues, he was not documenting every change order being requested by the general contractor, and my client knew this was going to end up costing him a lot of money.

The President liked this employee.  While he did not think he was necessarily an A-player, he felt that he was a solid B or B+ employee who could be a valuable long-term part of the team.  In addition, the President felt that he had failed this project manager by not giving him enough direction and training.

This executive needed this employee to get better or get another job.  If you have someone like this in your organization (and most companies have more than their share) here are the steps I gave my client to help his project manager improve or leave.

1. Draw a line in the sand
You have to confront poor performance directly and quickly. Most people don't like conflict and don't handle it well.  In this situation, I told the President to schedule a one-on-one session with this employee and objectively lay out where his performance had fallen short.  He needed to give this project manager specific examples of what he had done poorly.  He then needed to hear the project manager's responses.

2. Provide step-by-step direction
Executives often believe that they are at least partially to blame for the under-performance of their employees.  To address this, take the time to go step-by-step through the process that you want an employee to follow to get better results.  In the case of our project manager, the President went over step-by-step what it looked like for this project manager to be more proactive on his current project.  This included careful documentation of every change order.  It included providing daily up-dates to the general contractor.  It also meant keeping the corporate office updated every day on issues related to the project.

There are times when employees fail simply because they don't know what to do.  Lay the steps out for them to follow in order to eliminate this problem.

If you want to give employees every chance to succeed, take this same approach with them.  Get hands on with them in the field. Watch them in action.  Have them watch you handle situations similar to the ones with which they are dealing.  Take the time to make sure that they understand what to do and why to do it.  Doing this can save you time in the end.  If you follow these steps and the person's results don't improve, you have no choice but to make a change. If taking all these steps helps you to make that change sooner, you have saved your company time and money.

4. Set time frames for completion
When you have a direct conversation with an employee about his poor performance, don't leave the meeting without setting the date for your next meeting during which you will review if and how results have improved.  The employee needs a clear timeframe from you for improving his results.  You need to force yourself to hold this person accountable for better results.  Putting a follow-up meeting on the calendar forces you to do both.

5. Build your farm team
Often, executives don't deal with poor performers because they don't have anyone else to do the job. One of the best things that you can do to deal with poor performers is to build a "farm team" of potential employees who work for other people right now but are interested in coming to work for you.  In my upcoming book How to Hire A-Players:  Finding the Top People for your Team-Even if You Don't Have a Recruiting Department (coming in April 2010) I discuss strategies for building relationships with new A-player emloyees.  One strategy is to interview people all the time.  For example, if you have built a relationship with a great project manager from a competitor, and know that he or she wants to work for you, you will be a lot more effective in confronting a poor project manager about his performance and firing him or her if you have to.

6. Make the hard decision
Rarely does an executive say "I fired that guy too quickly."  Every day, thousands of executives say, "I should have fired that guy a long time ago."  When the President of my client company followed the steps above, he was actually able to salvage the situation and get his current project manager to improve his results enough to stay in the job.

In your situation, follow the steps above and hope for the same result.  If you don't see the improvements you want, make the hard decision to let that person go.  The definition of insanity is doing the same thing over and over but hoping for a different result.  If your employee can't or won't respond to structured coaching and accountability, you have to find someone else with the skills and drive to do the job right.

Eric Herrenkohl is Founder and President of Herrenkohl Consulting (www.herrenkohlconsulting.com), a management consulting firm focused on creating organizations that drive growth and profits. His work has been published or cited in the Philadelphia Inquirer, Inc.com, Monster.com, Careerbuilder.com, and MSNBC.com.  Eric is also the author of Performance Principles, a monthly e-letter that reaches thousands of subscribers across North America and is re-printed in a number of industry and company newsletters.