Why You Should Sell Your Business Before 2015

If you're thinking about selling out, business conditions will never be better than in the next two to three years 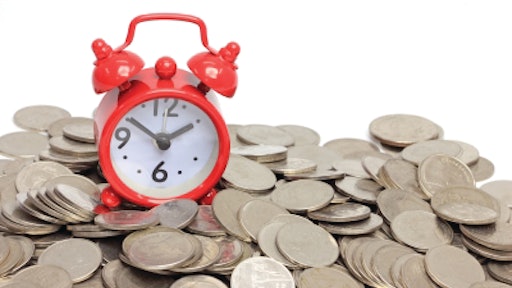 As this article is being written during the third week of March, there are many reasons why middle market owners wanting to sell their companies during the next 10 years should consummate a sale no later than 2014, preferably sooner. Although most points discussed in this article pertain with equal relevance to all companies regardless of size, the article is primarily directed at middle market companies, which are firms with transaction values between $5 and $250 million.

I am more optimistic about the prospects for the short- and intermediate-term (the next 2-3 years) acquisition market than I was last year, when I syndicated an article on the then current state of acquisitions. 2012 should be the best time to sell a company because of the likelihood that market conditions will be strong. They will probably continue that way through 2013 and quite possibly 2014. After that, the market becomes problematical. However, I am much more negative about the longterm than I was last year.

Sometime before the end of this decade there is a strong possibility that a catastrophic downturn will occur and have a devastating impact on the U.S., and probably the global, acquisition and financial markets. Its impact will be far worse than the Great Recession and will be triggered by either a major event or a confluence of events. The impact will far exceed any business collapse since the Great Depression. The economic conditions it creates will remain for an extended period of time, much longer than from the Great Recession. It will have a devastating effect on the market value of U.S. companies. When it happens it will start suddenly and unexpectedly, just like in 2008. The public will express shock and amazement as they did then. No one saw that coming either.

Why you should sell promptly

The following are certain reasons why you should consummate a sale by not later than 2014, and preferably by the end of 2012 or 2013:

Why a catastrophic event is likely to occur in the longterm

The following are certain reasons why the U.S. is likely to be faced with a catastrophic economic and financial scenario by the end of the decade. I expect this scenario to last for a long-time and be much longer and worse than any we have endured in our lifetime.

As you look at the many significant negative things facing the world, it is very unlikely that enough of these problems can be avoided to avert not having a dramatic negative impact on the acquisition and financial markets.

You should retain an investment banking (IB) firm that can position your company and guide and time its sale. You do not want to do this yourself or use a firm that doesn't have unique and specialized acquisition market knowledge.

It is essential that you do not miss the "window of opportunity" that you have to realize a premium transaction price during the next 2 or possibly 3 years. This becomes even more critical, when we remember the devastated acquisition market conditions caused by the Great Recession from late-2008 through the third quarter of 2010. You need an IB firm, whose fundamental philosophy is to consummate a sale only when their clients have obtained the optimum price, not one that just wants to close a deal quickly at any price. Your advisor should be willing to spend the time to position and time the sale, so that it generates the maximum transaction price.

The current period presents a window of opportunity to obtain a premium price. However if this window is missed, there is a substantial long-term and likely long-lasting risk that the company's value will be significantly reduced due to events beyond the seller's control.

It takes an extremely perceptive and sophisticated executive to understand the incredible level of risk lurking over the global economy and correspondingly their company's value for the remainder of the decade. If these risks come to fruition, it could have a catastrophic effect on the economy and financial markets. The best time to cash-out for anyone that expects to sell their company in the next 10 years is by doing so no later than 2014, and preferably by the end of 2012 or 2013.

About the Author: George Spilka is president of George Spilka and Associates, a national investment banking firm based in Pittsburgh that specializes in middle market, closely-held corporations. It has a broad-based service that advises clients through the entire acquisition process. Its client base has included a diverse group of distribution, manufacturing, construction and service companies. Spilka has been advising middle market companies in the sale of their firms since 1978. For more information go to www.georgespilka.com; call 412-486-8189; fax 412-486-3697 or email at spilka@georgespilka.com

Keep It In the Family

Understand the Tax Implications Before You Buy or Sell